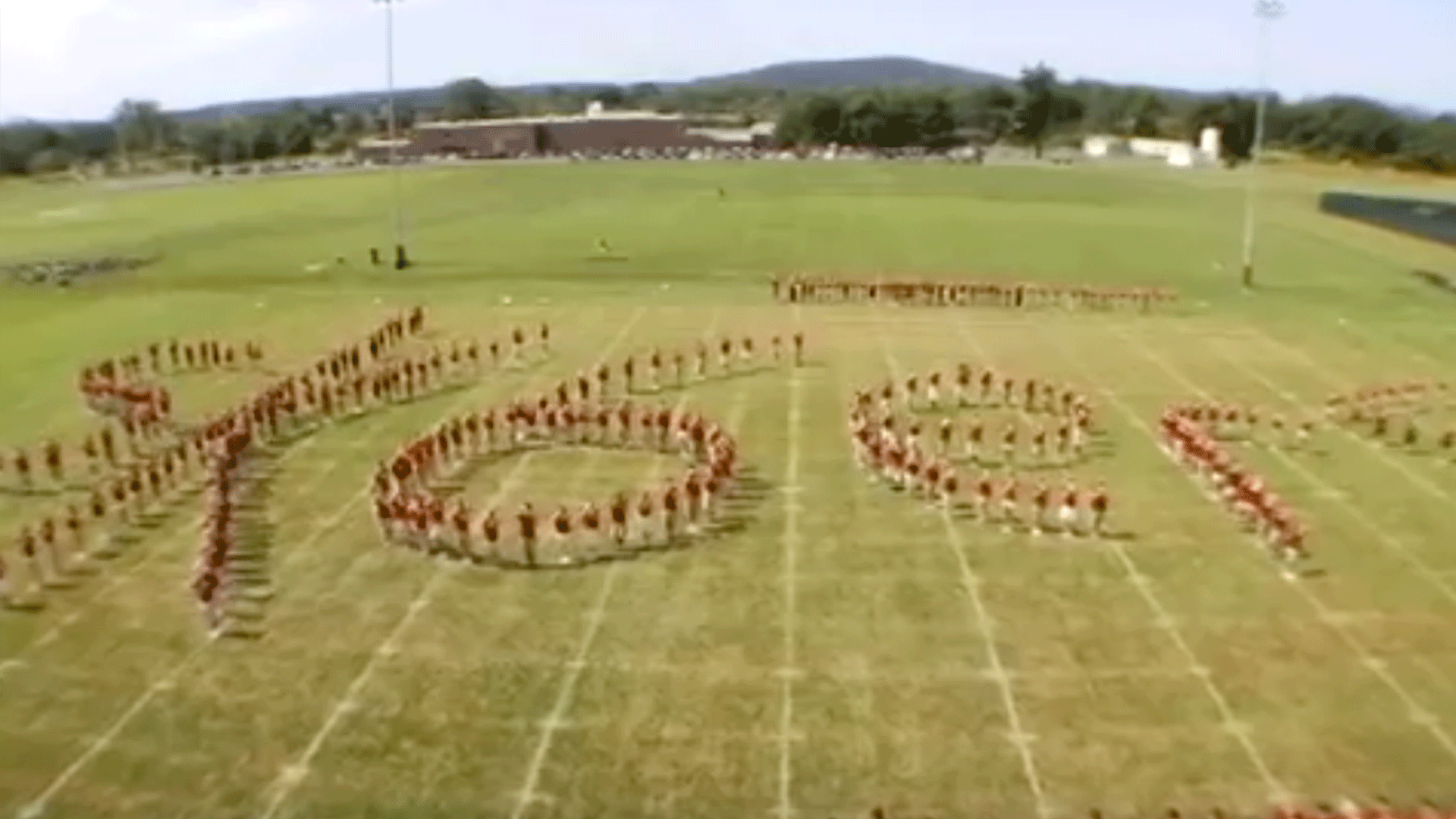 You can tell this music video was a blast to make. Filmed on campus and featuring the UMass Minuteman Marching Band, the video of Stephen Kellogg and the Sixers dancing to their upbeat song “Shady Esperanto and the Young Hearts” has had more than 200,000 views on YouTube.

The rock band has UMass Amherst roots. Lead singer and guitarist Stephen Kellogg ’98 met Kit “Goose” Karlson ’98 on campus. They formed the group in 2003 with Brian “Boots” Factor ’02. Sam Getz joined recently. “UMass was pivotal in bringing us all together and dreaming up our dreams,” says Kellogg. “We all had rock bands at the time. We ran into each other a few years later and had a real friendship that preceded the musical connection.”

The band is taking off: It has recorded three albums, including its latest, “The Bear,” released by Vanguard. It also toured in 11 countries in 2009 and will soon celebrate its 1,000th show. “We’re on a label that suits us well and we’ve found our sound,” says Kellogg. “Before, we were boys wanting to find a way to avoid a nine-to-five job; now we’re young men wanting to leave a meaningful legacy.”

The song itself is about never growing up, and that’s what UMass is all about, the whole Peter Pan thing.

Brian Factor directed the “Shady Esperanto” video. All the band members, including Kit Karlson, who played tuba and snare drum in his marching band days, worked out the choreography. Although it was a steamy August day at band camp, Minuteman Marching Band Director George Parks and the 385-band members, many of them freshmen, “jumped in with enthusiasm,” says Kellogg.

Katelyn Haggerty ’10, a sax player, plays air guitar in the video. “You might expect that the band would be too cool to talk to, but they were great,” she says. “They told us not to stop making music.”

With the rising popularity of their single, “Shady Esperanto and the Younghearts,” the band and their colleagues at Vanguard figured it was time to shoot a music video. Since they all went to UMass, the state’s flagship campus provided the perfect setting. “I got a call at a friend’s wedding about 10 days before the start of band camp from our manager who actually pitched the idea to us to shoot the video with the marching band,” said Karlson. A former member of the band himself, Karlson approached band director George Parks with the idea, who readily agreed.

The lighthearted video, which features members of the Sixers dancing around in marching band uniforms, was recorded all in one morning session of band camp and two hours into the afternoon. Directed by Factor himself, the video has quickly become a YouTube hit and has also afforded the Sixers a unique opportunity to rekindle ties with their roots. “The song itself is about never growing up, and that’s what UMass is all about, the whole Peter Pan thing.”