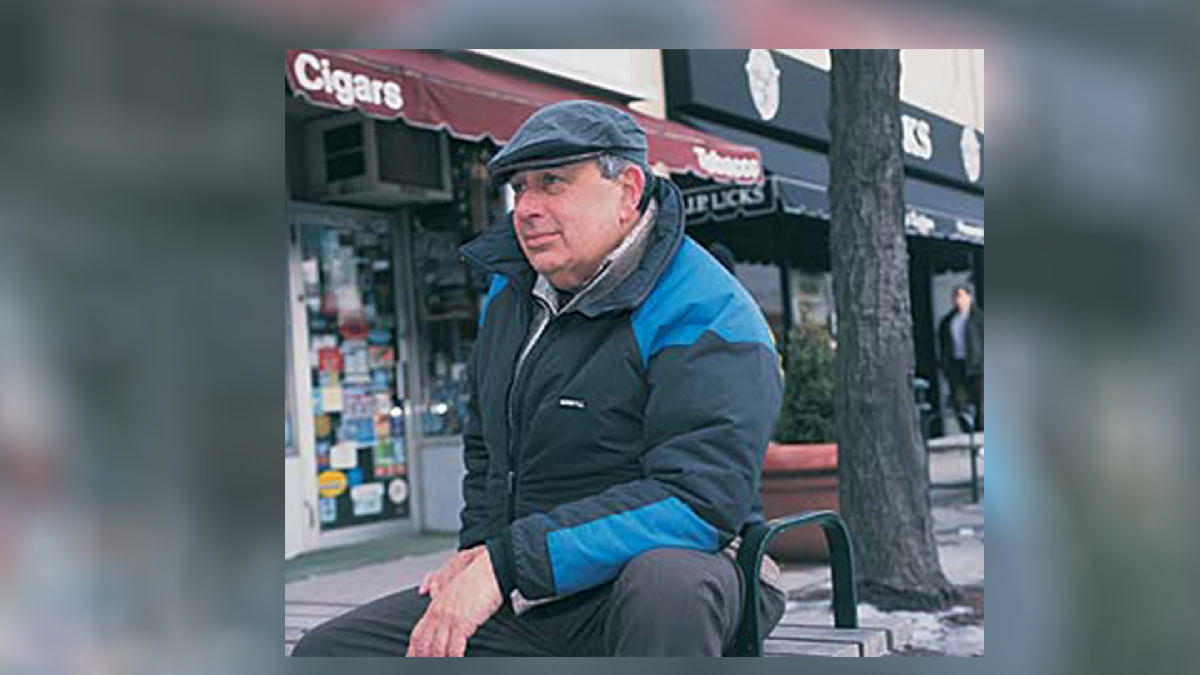 He originally set out to be a jazz critic. Alan Lupo, who died September 29 at a “very young” 70, loved jazz. Swing jazz in particular, and especially Artie Shaw, the child of immigrants, the poor Jewish kid from New Haven, the product of a broken home, who managed to become both a failed writer and a brilliant jazz clarinetist.

Lupo — or as he was known in these parts, Loops — was a more than adequate musician himself. But he wasn’t much for reading music. Mostly he played by ear, from the heart. So when he first showed up at UMass Amherst marching band practice back in the mid 1950s, an enthusiastic Lupo fell right in step — or so he thought — with his band mates belting out The Washington Post March. As the score’s last triumphal notes faded into the ether, one lone clarinetist kept going. And going.

They all — the trombones and the tubas, the flutes and French horns — turned around and looked at him. Finally, someone clued him in: “You cut those notes in half.” Make the count twice as fast as written. Cut time.

Lupo survived, to become a devoted member of not only the marching band but the concert band. His other ambition did not fare as well. By the time he hit the Columbia School of Journalism, in 1959, Lupo had morphed from a fledgling music critic to a faithful interpreter of the lives most often overlooked.

“He could hear the music of peoples’ voices, the music of urban speech, and he could replicate it perfectly,” remembers his wife of nearly 50 years, writer and BU journalism professor Caryl Rivers. Lupo and Rivers met at Columbia and, in a profession studded with nearly as many broken marriages as empty bottles, they became one of journalism’s great love stories. A Jewish guy from working-class Winthrop and a Catholic girl from middle-class Silver Springs, Maryland — a recipe for sitcom disaster, except, “He thought I was perfect,” explains Rivers. “And I thought he was.” They raised two kids, Steve, now an FBI agent, and Alyssa, an actor, and doted on three grandchildren.

Appropriate enough for a guy who sounded like a (much) funnier second cousin to Jackie Mason, Lupo began his full-time reporting career in the Catskills. In 1963, he moved to the Baltimore Evening Sunto cover city hall. But by 1967, he was lured back home with the promise of a chance to become part of editor Tom Winship’s expansive newspaper experiment at the Boston Globe.

Winship became a big Lupo booster after the reporter took an in-depth look at Boston’s Puerto Rican community. That story, Rivers says, made Winship realize that Lupo “had a real talent, had a real interesting voice.” As part of the paper’s first urban reporting team, Lupo went on to develop major stories, such as Massport’s threatened airport-expansion encroachment into East Boston and the Inner Belt, a six lane, limited-access highway that would have gutted large parts of Cambridge and Roxbury. His stories actually held off the expansion and helped deep-six the roadway.

Street wisdom
One of the great destructive myths around today is the notion of journalistic objectivity, the celebrated detachment that perpetuates a dishonest truth. In reality, everything about journalism is subjective, starting with the daily decisions editors make to determine what stories will get space in the next issue. To pretend otherwise is, well . . . to pretend.

What shouldn’t be a myth is fairness. Alan Lupo was sure as hell not objective. But he was, above all, fair. And fairness is the handmaiden to justice.

“Coming from working-class Winthrop, he had a feel for people who didn’t have power, didn’t have money, couldn’t go up to City Hall and get a favor,” Rivers remembers. Lupo had “a real strong sense that being a reporter was about making stuff right.”

He left the Globe in the early 1970s to serve as an editor and reporter on the WGBH-TV show he help found, The Reporters. Lupo also helped create WBZ-TV’s I-Team of investigative reporters. He undertook book projects, most notably 1977’s Liberty’s Chosen Home, the critically acclaimed account of the Boston school-busing crisis. He made a brief stop at Boston magazine, where he was quickly disillusioned by how little our city magazine cared about the city.

Here at the Phoenix, during a six-year run that ended in 1985, Loops was the old man of a very young newsroom. A guy with a couple of kids and a mortgage, a peacetime vet with street creds. Unfailingly kind, the legendary sock full of quarters from which he dispensed coins to street folk could also, in a pinch, double as a blackjack. In a newsroom not noted for its sartorial splendor, Al, a vision in polyester, plaids, and stripes, looked as if he’d just jumped out of a hamper. In a place that could be excused for not yet having developed an institutional city memory, Loops was the archive, the Rolodex, the hard-earned and willingly shared perspective.

Lupo left the Phoenix for a stint as writer-in-residence at Clark University, and returned to the Globe in the mid 1980s, writing columns first for the op-ed pages and then, as the personal voice became increasingly devalued on Morrissey Boulevard, for the City Weekly and finally the Globe North editions. When he finally decided to show himself the door, in 2005, it was not because his ego had been bruised but because he couldn’t bear the fact that he was no longer allowed “to be a voice for those whose feelings are too rarely heard, or even expressed.”

In 1993, though, when he penned his last column for the op-ed section, Lupo still held out hope for his profession. “I am still — foolishly, perhaps — enough of an idealist to believe that the media are too often the only ones in town to help redress the grievances of those who have nobody to lobby for them in the corridors of public and private power,” he wrote. “I still believe that it is our job to raise hell responsibly and comfort the afflicted, to focus public attention on issues and events that people in power would just as soon see disappear from public discourse.”

In an affectionate remembrance the day after he died, the Globe saluted Lupo as a reporter who “brought the city streets into the newsroom.” Not surprisingly, the Globe had it backwards. Lupo’s great strength was that he regularly, and with great conviction, brought the newsroom out into the streets. And he continued to do that until just a few weeks before he died, writing columns for the Boston Herald, the Salem News, and the Lawrence Eagle-Tribune.

The greatest tribute paid to Alan during his lifetime was, according to Rivers, that “his columns were hung on refrigerators all over Boston.”

There would be no greater tribute to Alan now than to have his columns framed and hung over every desk in every newsroom in Boston. And then, if there is indeed a God who’s both fair and just, some giant seismic rumble will set them trembling until they fall off their hooks, and smash on every reporter and editor’s desk. Maybe then — under threat of splintered wood and shards of glass — those custodians of the news will find the motivation to bring the newsroom where it belongs. Out into the streets. Quickly.

Cut time, as it were.

A fitting tribute
A memorial service for Alan Lupo was held, in BU’s Marsh Chapel, on October 6. It was attended by a capacity crowd of roughly 500 — a who’s who of Boston journalists; politicians past and present, including Mayor Tom Menino; and a predictably diverse selection of the fabled columnist’s academic and non-professional friends. The congregation succeeded in emotionally integrating a service comprising readings from Lupo’s columns, the Kaddish, and a “By the Light of the Silvery Moon” sing-along. It was a fitting and, you might say, well-rounded celebration of a life well lived.