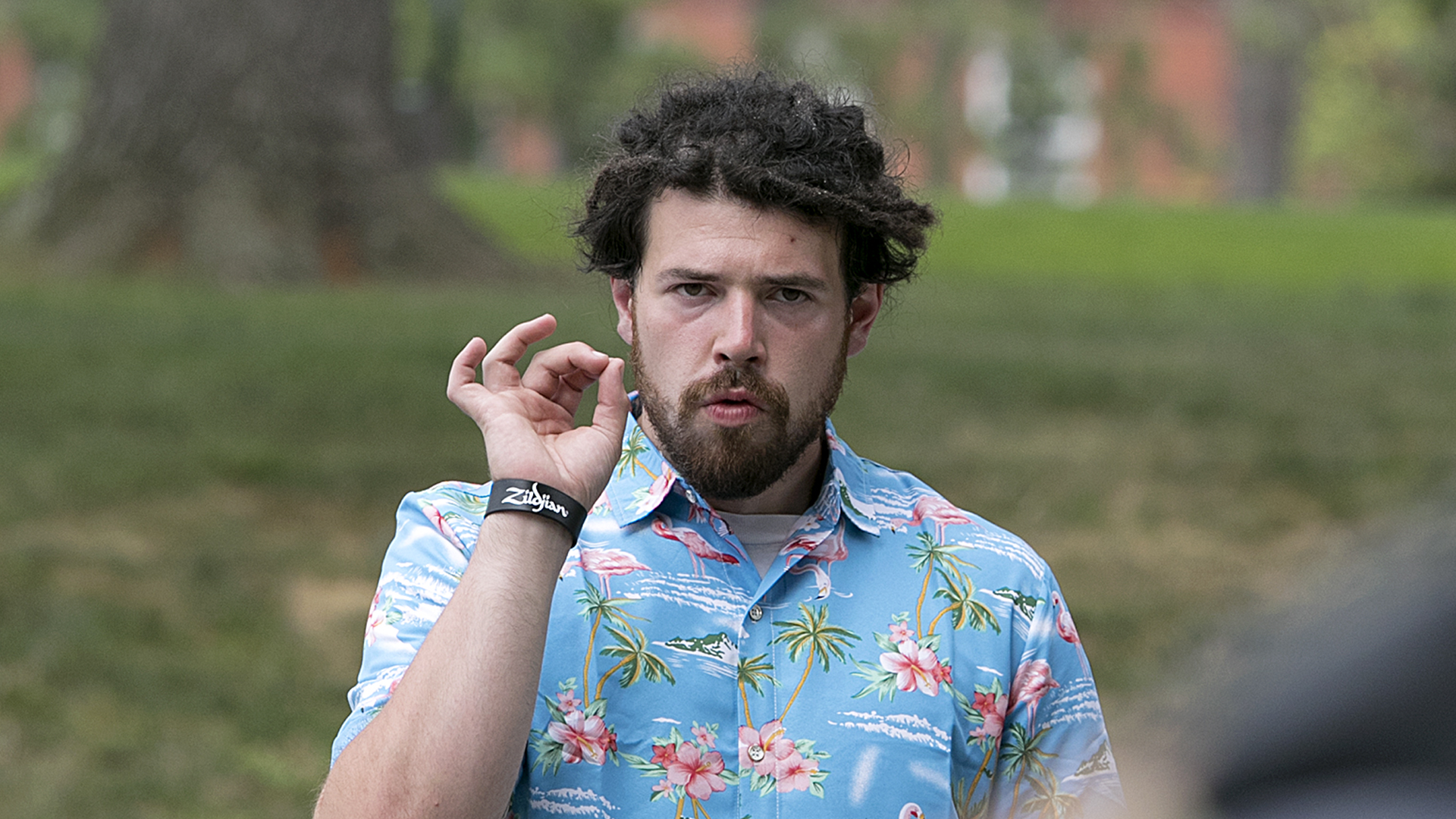 Members of the High School marching band are in for big changes this year, according to the ensemble’s new 25-year-old band director, Robert “Bobby” Bergeron ’18, who marched tuba in the Minuteman Band.

Not only will the band return to the football field during home games after a recent hiatus, he said on Wednesday, but they will also expand their presence in the competition circuit.

At the center of their repertoire this fall will be an 11-minute Queen medley entitled “Bohemian Rhapsody,” arranged by Bergeron, himself. The show will debut at Doyle Field on Sept. 20, when the Blue Devils are scheduled to take on Doherty Memorial for the first home game of the season.

The routine will include color guard, moving stages and careful choreography, according to Bergeron — the combination of which he believes will significantly modernize the group.

“Something I’ve always felt is you can play things safe and things will go safe,” Bergeron said. “Or, you can do things that are bold. And even if you fail along the way, you’ll learn a lot.”

During a band camp intensive this week, aided by band specialists he’s met over the years, Bergeron led the school’s nearly 50-person band through rehearsals that sometimes lasted as long as 12 hours.

Broken up into small groups on Wednesday afternoon, students worked tirelessly to perfect small portions of the routine, which they repeated over and over again throughout the day.

“I tell them if you want to have a lot of fun, this might not be the activity for you,” Bergeron said. In his estimation, the marching band is more ideal for students who, he said, “want to work and get great at something, and then have fun” with the end result.

Notably, Bergeron is not brand new to Leominster. The Wareham native spent the last year as a band director and general music teacher at Sky View Middle School, but advanced to his new position at the high school this past June, after outgoing high school band director Barry Hudson was promoted to dean.

Bergeron was thrilled when he learned that his name had been thrown into the ring as a potential replacement, and when he got the job, he quickly began concocting ways to push the marching band’s reputation forward.

In his new position at the high school, Bergeron will be charged with not just the marching band, but the jazz band as well. Additionally, he will teach both piano and guitar classes.

Although excited for all of his new responsibilities, the marching band is where his passions are concentrated, Bergeron said, having marched all the way through high school and college, where he was a member of the UMass Amherst Minuteman Marching Band.

Seated by the field on Wednesday, Bergeron conceded that many people who direct high school bands are much older than he is now. And peers who are his age and in similar positions, he said, tend to “play the safe card,” taking the first year or so to get acclimated to the community. But when it comes to taking it easy, he said, he’s not interested.

Bergeron pointed to the late George Parks, who headed UMass Amherst’s marching band between 1977 and 2010 — a beloved music director from whom Bergeron said he sources a lot of his inspiration.

“That’s the Mr. Parks in me,” Bergeron said. “He was never interested in fitting in with what everyone else was doing. He wanted to find a way to stick out and make people go ‘wow, what’s that?’ And that’s what I’m trying to do.”

And in keeping with that theme, Bergeron’s sights are set on the future. He’s already developing five and 10-year plans for the marching band, he said, which include goals like buying new uniforms. He said he hopes that pouring fresh energy into the marching band will have ripple effects around the district, positively impacting not just the music department, but the athletics department as well.

But at the end of the day, he said, his hope is to connect the audience to the marching band’s upcoming performance.

“My goal is to wow the audience,” Bergeron said. “My goal is to prevent them from going and buying a hotdog at halftime. If I can prevent that from happening, then [it’s a] job well done.”