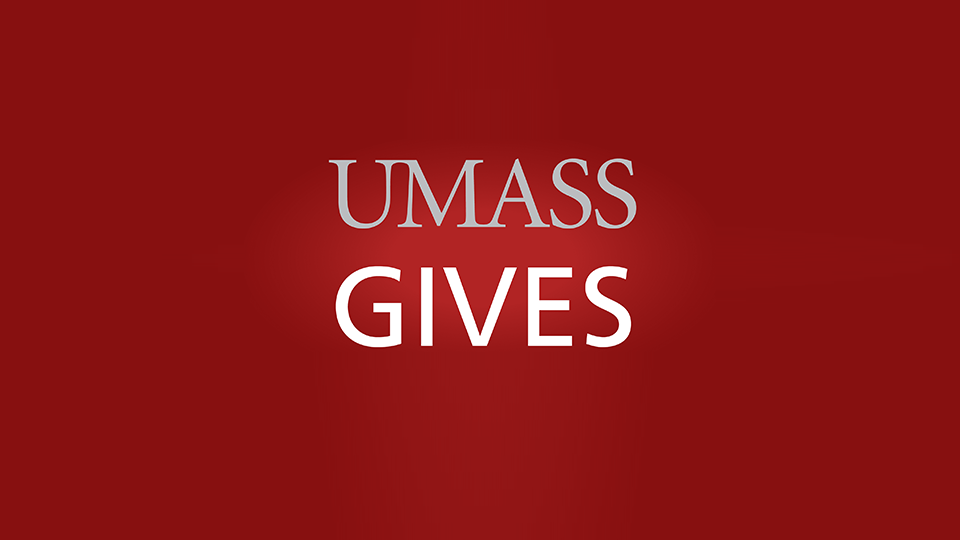 With the 5th Annual #UMassGives Crowdfunding Campaign in the books, the UMass Band Alumni Network is declaring success! 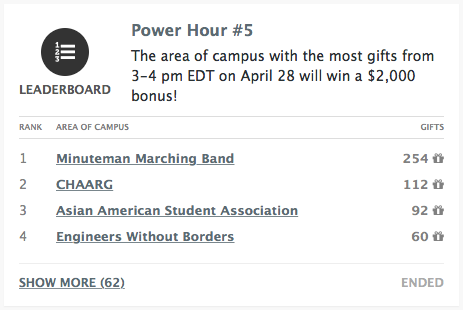 The UMass Band family generously made 254 donations in one hour (and 393 donations overall), enabling that Power Hour win and besting the four other Power Hour winners by nearly 50 donors! A huge thanks to everyone who participated… We even had a bit of help from some of our friends!

Band alumna Cait (Merrigan) Harrison ’06 got in the spirit by offering a $15 donation on each “StickBando” frame sold during UMassGives. That earned $175 (and some nice graduation gifts for some senior bandos)! 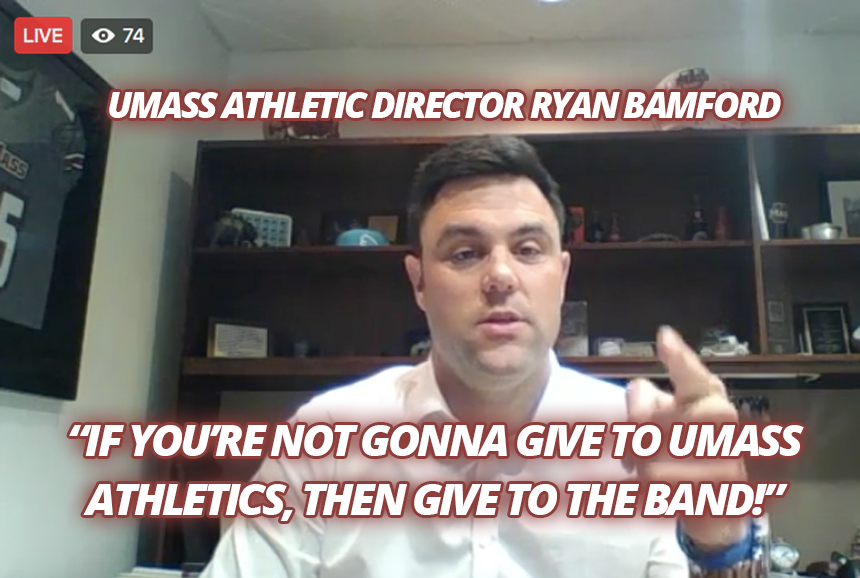 And our band family friends at @CollegeMarching on Twitter, helped spread the love. 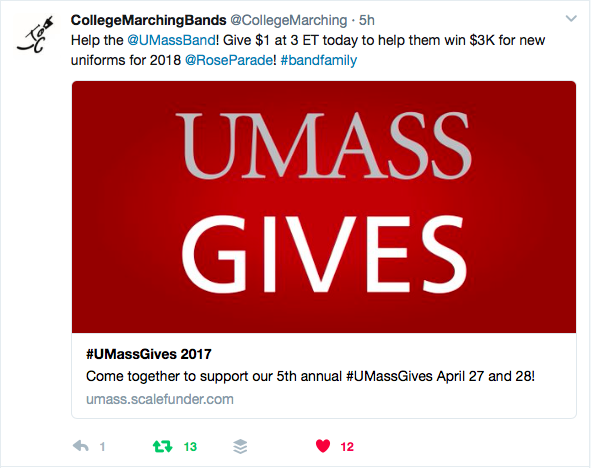 #UMassGives is 2 amazing days in April when alumni, parents, students, and friends come together to enhance and enrich the lives of current students by making a gift online.

During UMassGives 2016, we kicked-off the $160,000 Band Uniform Drive with $10,000 in gifts. After a successful 1st Annual Big Band Bash and this year’s UMassGives effort, we’re about $15,000 away from meeting that goal. The band uniform MinuteFund campaign ends on May 12th.