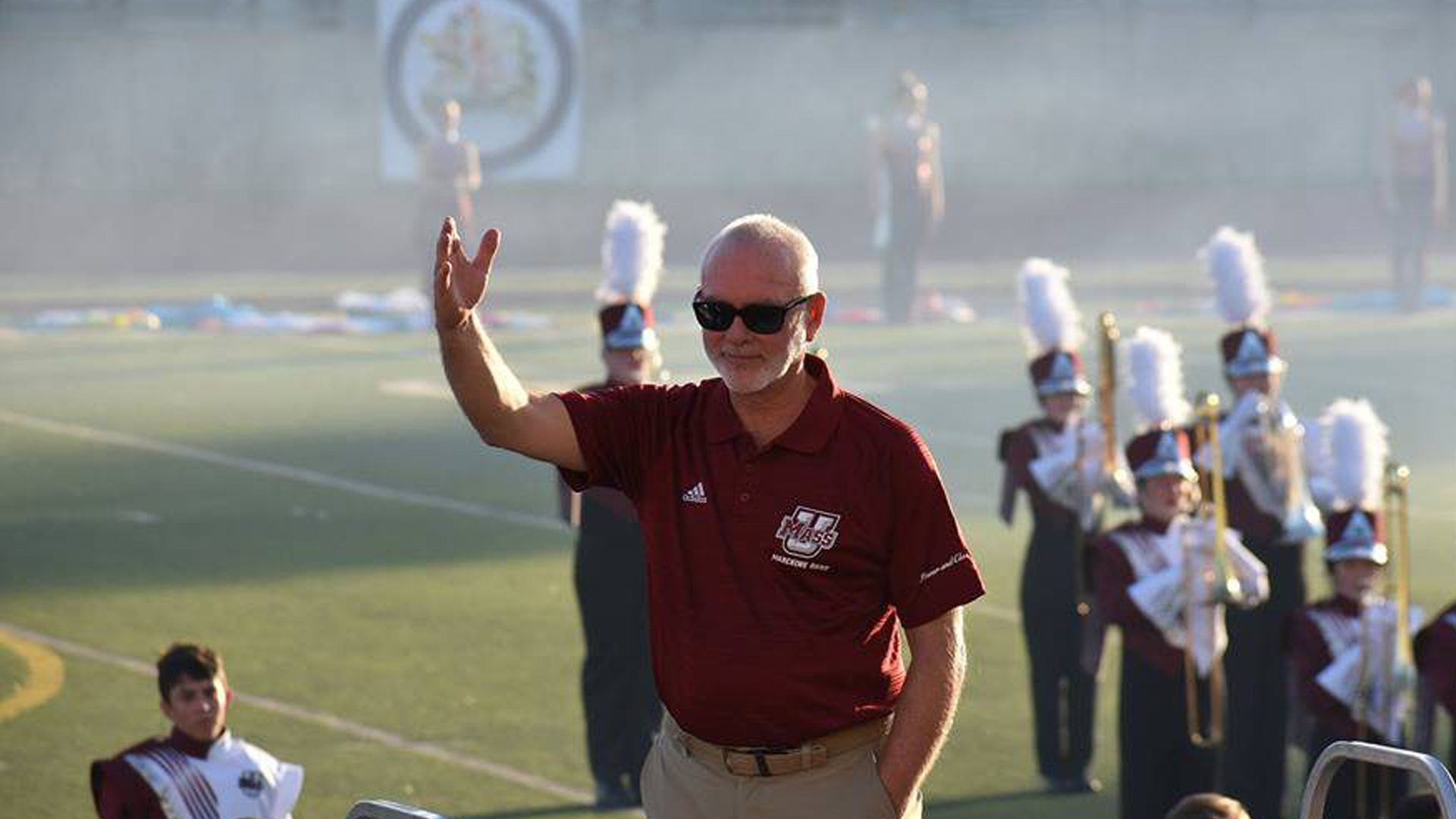 As a complete surprise, Kappa Kappa Psi national vice president for programs Mike Napolitano came on stage to award Thom Hannum with the service fraternity’s Distinguished Service to Music Medal. The award, founded in 1963, is the highest honor bestowed by Kappa Kappa Psi.

“Thom is exactly what we hope for in a leader: fun to be around, but demanding of excellence. He makes people feel better by making them feel loved.”

In Thom’s nomination it was said, “Thom’s involvement in the drum corps activity is nothing less than legendary.” Napolitano continued with “Thom’s musical arrangements changed the activity forever.”

Also during Multibands, the Epsilon Nu chapter of Kappa Kappa Psi and the Delta Delta chapter of Tau Beta Sigma were inducted to the Minuteman Band Hall of Fame in recognition of their 50 years of service to the UMMB.

The Distinguished Service to Music Medal is awarded to people who have contributed to the advancement of the wind band “as a cultural, musical and educational medium.” The Distinguished Service to Music Medal has also been awarded to George Parks (at the 2008 Multibands concert) and Walter Chesnut (during the 1991-93 biennium).