Thomas P. Hannum, associate director of the Minuteman Marching Band, brought his percussion performance expertise to Singapore in March for a six-day residency and concert at the Yong Siew Toh Conservatory of Music.

Invited by Jon Fox, chair of the conservatory’s percussion department and principal percussionist with the Singapore Symphony, Hannum worked with college-level students from the conservatory, high school students who flew in from St. Joseph’s Secondary School Band in Kuching, Malaysia, and the SOTA Chinese Percussion and Contemporary Percussion Ensemble from an arts school in Singapore.

The annual Percussion Theatre concert brought the percussion groups and two dozen wind players from the Malaysian school together for a program that ranged from Beethoven to Harold Arlen.

Included was Hannum’s arrangement of excerpts from Bela Bartok’s “Music for Strings, Percussion and Celesta.” 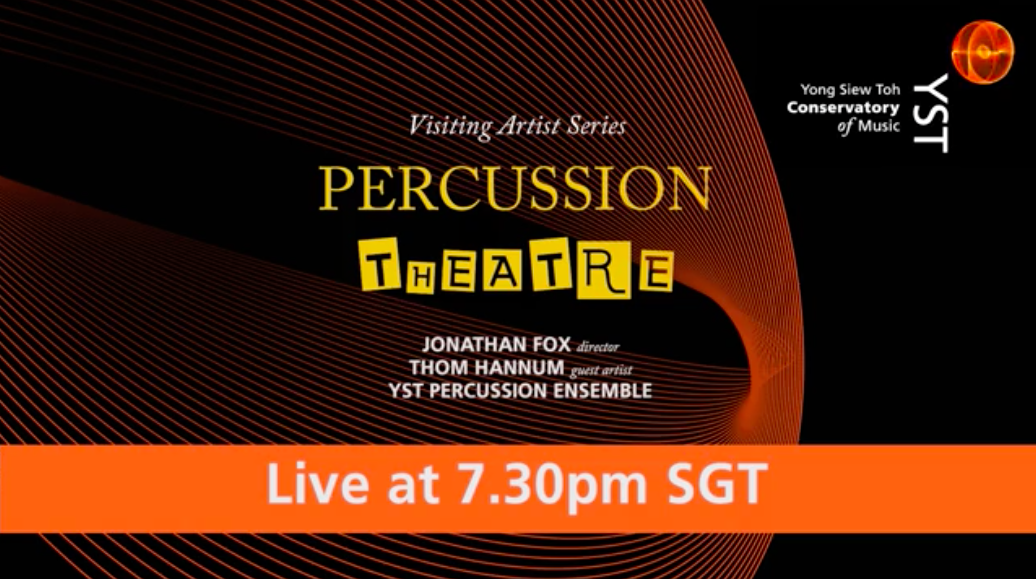 Not just a concert title, percussion theater combines programming with a visual interpretation of that programming.

In the concert’s program notes, Fox cites Hannum for helping to shape the special one-night-only production and for bringing “a wealth of experience from the marching arts, where musical and visual elements are tightly aligned to bring ‘effect’ to the audience.”

“You’re really trying to get (the performers) to portray the character in the music,” Hannum said.

A charter member of the design team for the Tony Award-winning show Blast!, Hannum said “Blast! was a big influence. I borrowed many of the audiovisual concepts from the approach we took to stage and deliver Blast!.”

Hannum said one goal of his residency was “to show the students how to project and interpret the music in a visual manner so that it reaches the audience as well.”

At times, the group performed without a conductor. “We tried to develop a communication amongst the players using visual gestures,” Hannum says.

The result, as Fox puts it, is “a vision well beyond the notes.”