The Band Is Back: St. Ambrose Forms First Band In Decades 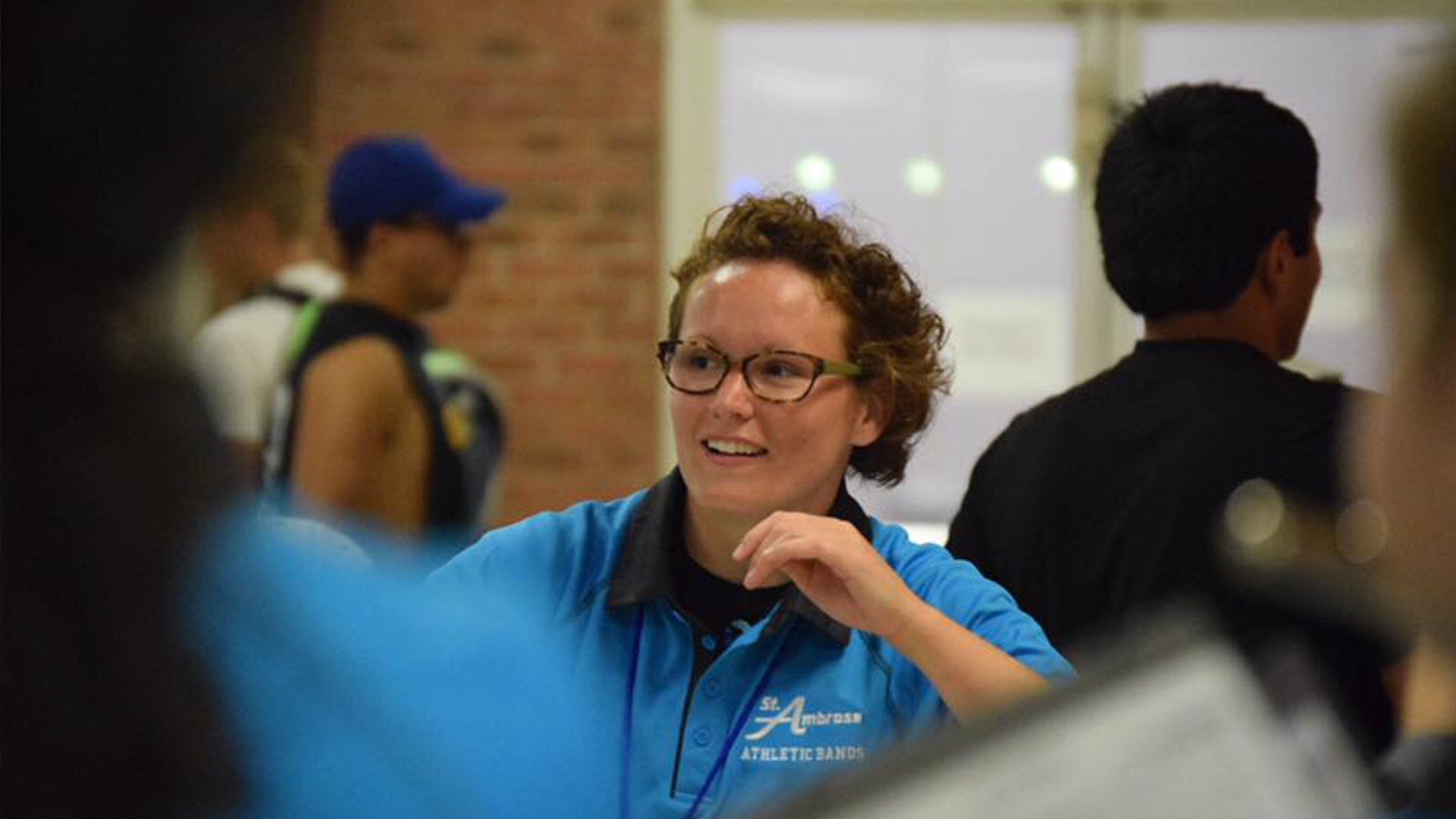 Going without a uniformed marching band since the 1930s, St. Ambrose University in Davenport, Iowa, has put its band back together. St. Ambrose band director (and former Minuteman Band graduate assistant) Megan Cooney ’14MM leading a group of 30 students as they recreate their band program from scratch. Fellow UMMB alumna Rachel Rivard ’15 is assisting with instruction and visuals.

Most of the band is made up of freshmen. Director Megan Cooney says starting from scratch is challenging — they had to secure practice space, find instruments and build a storage trailer. But she says it’s mostly exciting. 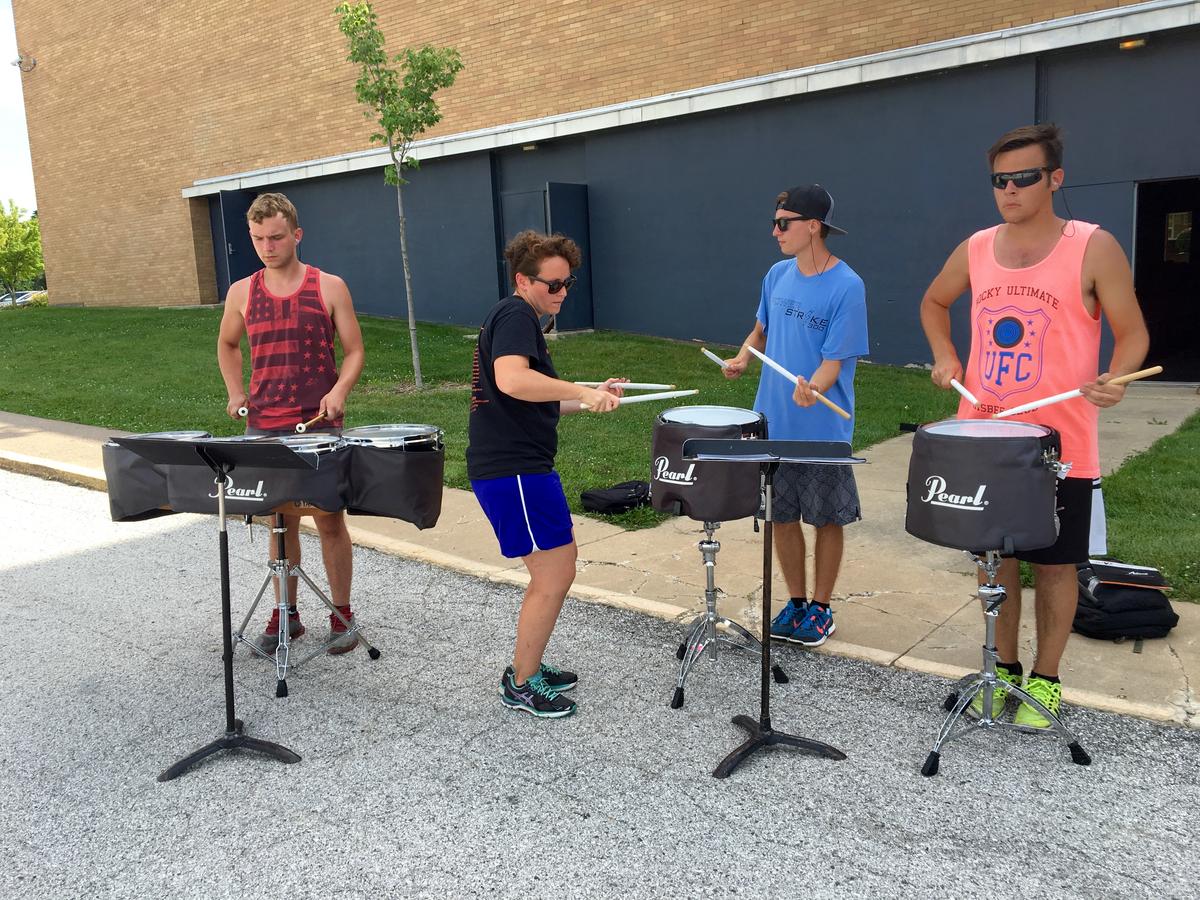 “It’s really cool because we’re just starting traditions,” Cooney says. “Nothing exists so we get to make it how we want it. We’re building a culture that we think is appropriate for this particular group and school.”

For now it’s a stadium pep band that’ll play in the stands during games. But by next fall, Cooney says they’ll begin marching. She’s proud of the progress the students made in the first few days of playing together.

Listen to the story from NPR station WVIK.

1 thought on “The Band Is Back: St. Ambrose Forms First Band In Decades”