Graveside and remembrance services will be held on Wednesday, October 5th at 3:00 pm at Windsor Town Hall (1927 Route 9, Windsor MA). Click for map.

We’re saddened to announce that James Frederick ‘Jim’ Kierstead died in an accident at his home in Windsor, Massachusetts. Jim was born May 4, 1952, in Washington D.C., and was raised in Cuyahoga Falls, Ohio. He was preceded in death by his mother, Dorothy Isabel Bird Kierstead, his father, Friend Hans Kierstead, Jr., and sister Dorothygrace Bird Kierstead Kelley. He is survived by his sister, Margaret Rose ‘Margie’ Kierstead, and nephew, Peter Hans Kierstead, of Kent, Ohio, as well as many cousins.

Jim studied music at Ohio University and the University of Massachusetts where he played in the marching band. But his love of marching bands started at Cuyahoga Falls High School. After college he continued to play in the University of Massachusetts Minuteman Marching Band, for a total of 39 years. He also played in the Pride Alumni Marching Band of Cuyahoga Falls, at times with his sister Margie, in the yearly Cuyahoga Falls Band Show. Many times he won the award for having traveled the furthest in order to participate which was a point of personal pride.

Jim started his employment with the University of Massachusetts after his college studies. He worked in many offices of the University, including the Cooperative Extension Division of Nutrition, now part of the Center for Agriculture, Food, and the Environment. His employment at the University ended in 2006 as a Bookkeeper for the Dean of the School of Public Health and Health Sciences. He also worked, at times in the Textbook Annex, and helped out the UMMB as a Drill Assistant. Jim’s public service was demonstrated in his activities in his home town of Windsor, Massachusetts. He was an active member of the Windsor Historical Commission and Cultural Council. He was the elected Town Moderator (who runs the town meetings) since 2012, and had served as a Town Assessor. He was the unofficial town historian, as he had a wealth of Windsor Historical Knowledge and was always willing to share.

Jim was an animal lover and is survived by his cats Storm and Thunder. Jim took pride in knowing family genealogy, as well as the stories of people’s lives, and even traveled around to photograph family graves in order to preserve the memory of the past. He was also an avid sports fan and delighted in science fiction. Jim lived life to the fullest and was taken too soon. Each year, when he left Ohio, he’d give a cheery, “Until next year!”

Rest in peace, Quiet Giant of the UMMB.

Jim was such a big part of the UMMB experience and will be greatly missed by all who knew him. He was always there to lend a helping hand or share a bit of trivia. Rest in peace Jim.

Rest easy Jim. You were the archetype bando. While there were some who questioned your sanity for continuing to march and perform year after year, deep down many of us were jealous that you were able to stay and be a part of so many amazing groups.

Jim, you are a huge loss, to your family and to us bandos (maybe a second family?). You knew EVERYTHING about UMMB it seemed, and you were always so helpful. Rest easy.

Jim was one of the first people I met when I joined the UMMB in 1982. He was truly one of the most dedicated members then and over the years. He will be missed.

With Pride Jim
Thanks for being the heart of the UMMB, keeping us all together

Still shocked and saddened to learn of Jim’s passing, he was an ever-present #1 fan and supporter of the UMMB and it’s too quiet without his frequent posts/updates to the group we usually see this time of year. At least he is now reunited with dear family members gone before him and Mr. Parks. Will keep his other loved ones and the UMMB family members who we closest to him in my thoughts and prayers. Rest in Peace, Jim.

God Bless America. To the Band, Jim was an important part of the Band Family. This hits close to home, our hearts. Sparky, perhaps in the fields in the stadium. How many great band moments we shared in rehearsal together at the rehearsal circles. With how many great people in the band to celebrate with. When Twilight Shadows Deepen… in the Mullins Fields… an Orange special “glow” a sunset, the reflection in the bells of the horns, just sharing a moment. We say goodbye to a True Friend, Jim Kierstead.
Who can remember My Way, the Pregame Drill at the Rehearsal Field. The Parades, the Tuba Crossings. One last Cowbell Cheer. One last formation of the ‘M’ and a Roll Down the Field. The Colonial Honor Guard flies the American Flag at every event. For all the Traditions we uphold, Jim’s service to the Band and as a KKY Brother, how words move you. To your final resting place in the Berkshires. Thank You.

And To the Band, Simple Lessons. Keep Playing On. 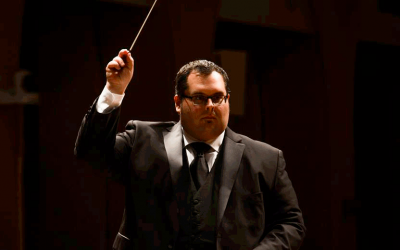 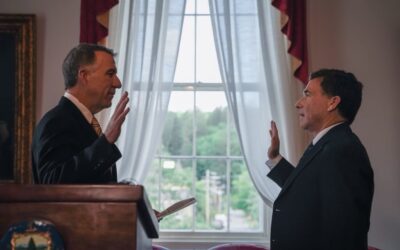