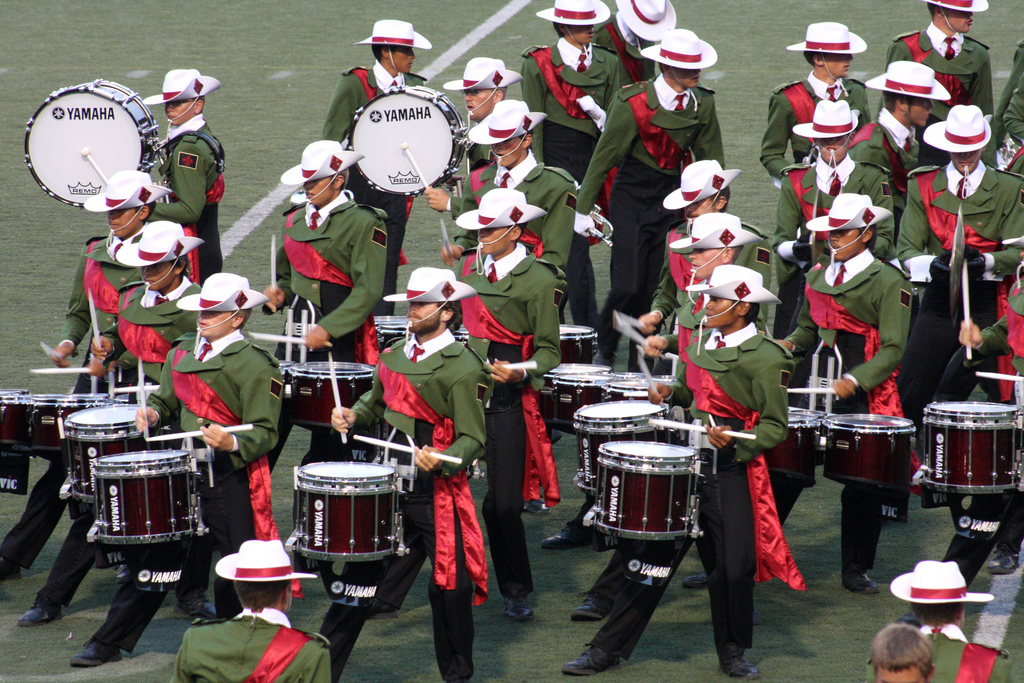 Thom Hannum is recognized worldwide as a leader in marching percussion and regarded as one of the nation’s foremost percussion clinicians. A Drum Corps International Hall of Famer, Hannum is best known for his work with the DCI World Champion Cadets of Bergen County and Star of Indiana. Currently the Associate Director of Bands at the University of Massachusetts, Thom is also the percussion arranger for BLAST!.

Receiving his bachelor’s degree in music from West Chester University and a master’s from the University of Massachusetts, Thom’s talent and dedication have earned him a great deal of respect in the field of music education.

James Ancona has over 20 years of experience as an arranger and instructor for world class drum and bugle corps including The Cavaliers, Star of Indiana, Santa Clara Vanguard, The Glassmen, The Crossmen and Carolina Crown. Most recently he was the Percussion Caption Head for the 2006 DCI World Champion The Cavaliers. His honors in the activity include having been a member of the 1990 DCI World Champion Cadets of Bergen County and having been on the instructional staff of Star of Indiana’s (1993) and Santa Clara Vanguard’s (2004) World Champion percussion sections. James’ Vanguard Percussion Ensembles and Mixed Ensembles have won DCI’s I&E Championships and several of his percussion arrangements where used in Star of Indiana’s “Brass Theater” and in the production of BLAST!

Nick Angelis has been involved in the drum corps activity since 1979. Throughout 15 seasons he marched with The Satellites from 1980-87, The Spartans from 1988-89, The Boston Crusaders from 1990-91, The Santa Clara Vanguard in 1992, The Star of Indiana in 1993, Brass Theater in 1994, and aged out of The Blue Knights in 1995. As a performer he was crowned the 1992 DCI I&E Snare Drum World Champion, the 1993 DCM I&E Champion and was a part of the 1993 Star of Indiana World Champion percussion section. Nick was also the original featured percussionist for the Tony and Emmy award-winning show BLAST! from 1999-2003.

Nick attended the University of Massachusetts Amherst where he received a bachelor’s degree in Music Education. He is currently the Assistant Band Director for The University of Cincinnati Bearcat Bands.