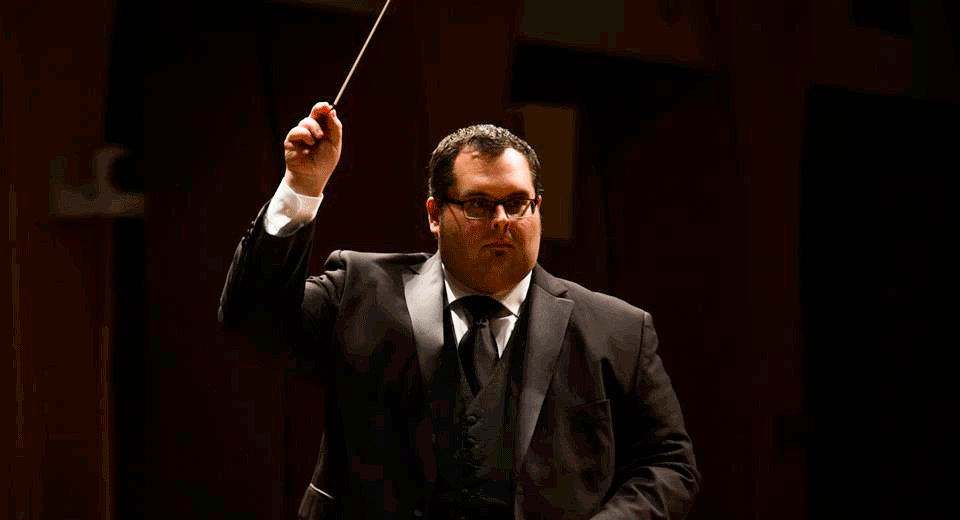 Dr. John Leonard has been named Interim Assistant Director of Marching and Athletic Bands at the University of Minnesota. He joins the UMN Bands faculty having recently completed his DMA in Wind Conducting at the University of Kansas. Dr. Leonard will assume leadership in August 2021.

Director of Bands Dr. Emily Threinen states, “Dr. John Leonard brings strong teaching experience and musicianship that will complement our Band Leadership Team. He has worked in a variety of athletic band situations and is very enthusiastic to join our community.”

Director of Marching and Athletics Bands Betsy McCann states, “I am thrilled to welcome Dr. John Leonard to the University of Minnesota and our Band community. Dr. Leonard brings a wealth of experience and knowledge to share with our students, as well as great positivity and energy to contribute to our work.”

In 2018, he was the Interim Assistant Director of Bands, and Director of the Bronco Marching Band at Western Michigan University. Previously, John was the Assistant Director of Bands at Northeastern University in Boston, Massachusetts, and worked as an adjunct lecturer at the University of Massachusetts Amherst teaching music arranging techniques as well as leading the UMass “Hoop” Band and assisting with the Minuteman Marching Band. A prolific arranger, Leonard writes music for many university marching bands, as well as working on new arrangements and transcriptions for wind band. In the summers he teaches with the George N. Parks Drum Major Academy where he is both a Lead Clinician, as well as the Staff Manager for the company.

Dr. Leonard is an honorary member of the Kappa Kappa Psi and Tau Beta Sigma Band Fraternities and served as governor for the Northeast district of Kappa Kappa Psi in 2015-16. He is also a member of the Pi Kappa Lambda National Music Honor Society, and the UMass Marching Band Hall of Fame.