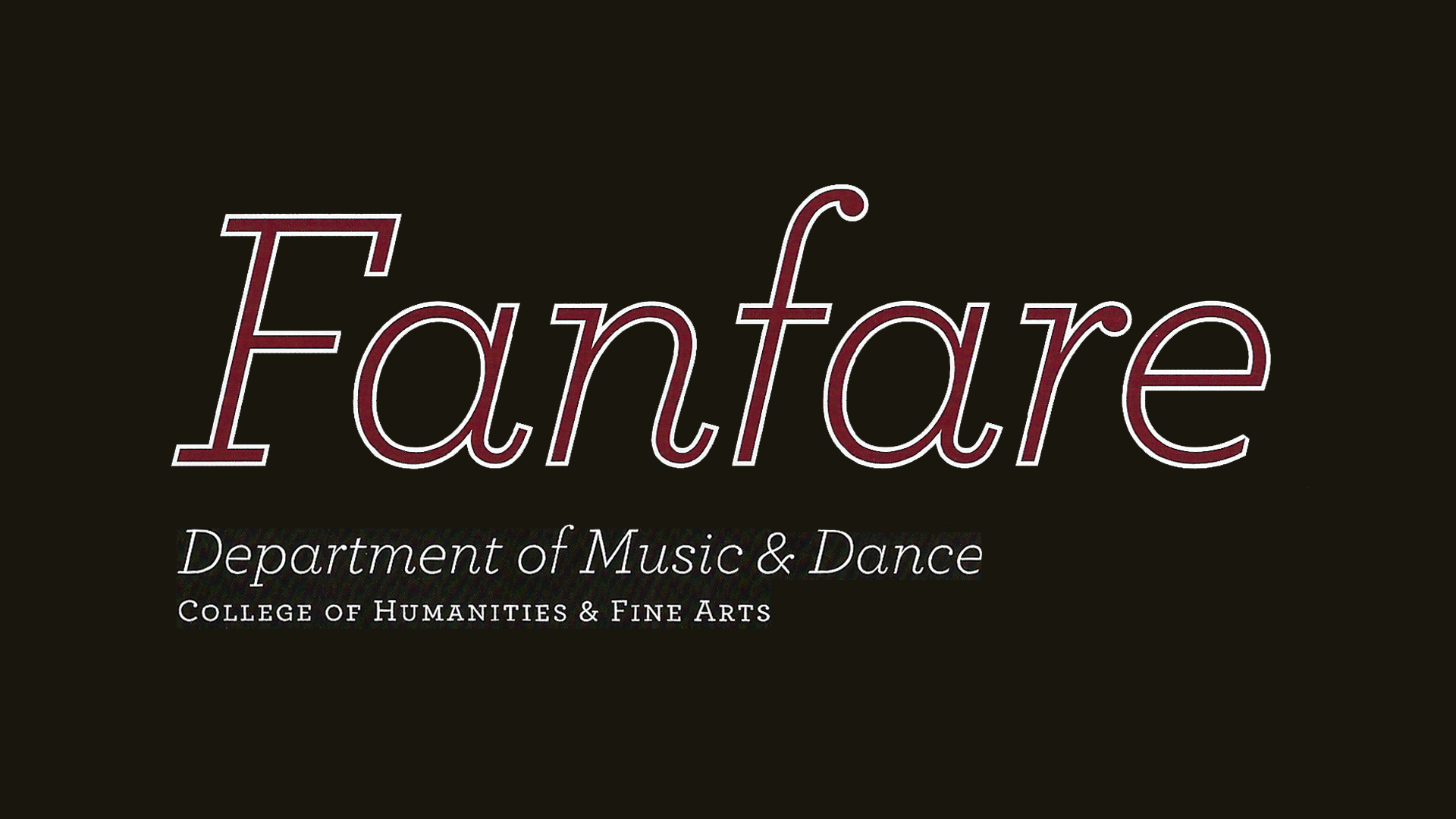 The Fall 2019 issue of Fanfare, the magazine of UMass Music & Dance, features a number of UMass band family accomplishments!

Tuba student Tyler Woodbury ’20 was one of only 10 semi-finalists chosen from an international field for the Leonard Falcone Euphonium/Tuba Festival and Competition, on of the most prestigious competitions in the world. The final rounds took place last month at the Blue Lake Fine Arts Camp in Michigan. He also won the principal tuba position for the Monteux School and Music Festival this summer, and was awarded the Howard Lebow Memorial Scholarship by the UMass Music and Dance Department. Tyler is a 2015 graduate of Chicopee Comprehensive High School, where he studied with UMass music alum Tony Blanksteen ’11MM.

Composer John McDonnell Tierney ’67, ’69MM has produced his original musical Humanity’s Child at the New York Theater Festival this past summer. A former student of Philip Bezanson, John has composed more than 100 pieces for various ensembles, with a focus on socially-conscious works for musical theater. Humanity’s Child is based on the experiences of young women navigating evolving gender roles in the “Me Too” movement.

Amy Lynn Barber ’77MM is professor emerita at the DePauw University (IN) School of Music where she directed the percussion program. She has retired to Cape Cod and continues to perform in solo recitals and with The Percussion Plus Project, the Xylophonia Ragtime Marimba Band, and the duo Out of Africa. In May, she opened the Cape Code Women’s Music Festival with a performance of Marimba Spiritual.

Jeanne Wilson ’80 is the solo piccoloist and flutist with the Hartford Symphony. She has also performed with prestigious ensembles such as the New York Philharmonic and New York City Ballet, and in many productions on Broadway. Jeanne toured Europe with the Philip Glass Ensemble, and has toured the US several times with Andrea Bocelli. She currently teaches at the Horace Mann School and the Riverdale Country Day School and lives in Riverdale, NY with her husband, multi-woodwind instrumentalist Ed Joffe.

George Weremchuk ’85 hosted the 20th Annual Saxfest at the University of Central Florida where he is an associate professor. The event was a mini UMass Saxophone Studio reunion, including professors Lynn Klock and Nadine Shank, and alumni Angela Space ’98, Deborah Gould Tice ’91, David Pope, Anthony Cincotta, and Wayne Tice.

Joyce Stephansky ’90 was recently named director of the Orff Schulwerk Teacher Education Program at George Mason University, where she also teaches Level I Orff and undergraduate general music methods. Joyce is a K-6 music and movement educator in Fairfax County Public Schools in Virginia. She is now in her 28th season singing with Choral Arts Society of Washington, and with a regular concert season at the Kennedy Center and concerts with the National Symphony Orchestra.

Trumpeter Mike Huff ’96 recently performed Mahler’s Symphony No. 6 with the Pensacola (FL) Symphony. He plays with the Pensacola and Mobile (AL) Symphonies frequently and is a tenured faculty member at Troy University (AL), and is an endorsing artist for Bach Stradivarius Brass.

In January, Fred Sienkiewicz ’05 completed the first English-language study of the life and music of Alexander Arutiunian, entitled Forefathers, Antecedents, and the Big Soviet Armenian Style of Alexander Arutiunian, to earn his DMA in Trumpet Performance from Boston University. Additionally, he presented a lecture-recital on the same subject at the International Trumpet Guild Conference in Miami, and is building and maintaining an English-language resource site about the composer at alexanderarutiunian.info.

At the Massachusetts Music Educators Association (MMEA) All-State Conference in Boston February 28 to March 2, UMass Music and Dance and the Minuteman Marching Band made their presence felt. UMMB assistant director Christine McHugh Sirard ’90 gave a talk titled “Help With Your Color Guard: How to Build a Guard You and Your Students Will Love.” UMMB associate director Thom Hannum ’84MM presented “Building a Rhythmic Vocabulary for Your Winds.”