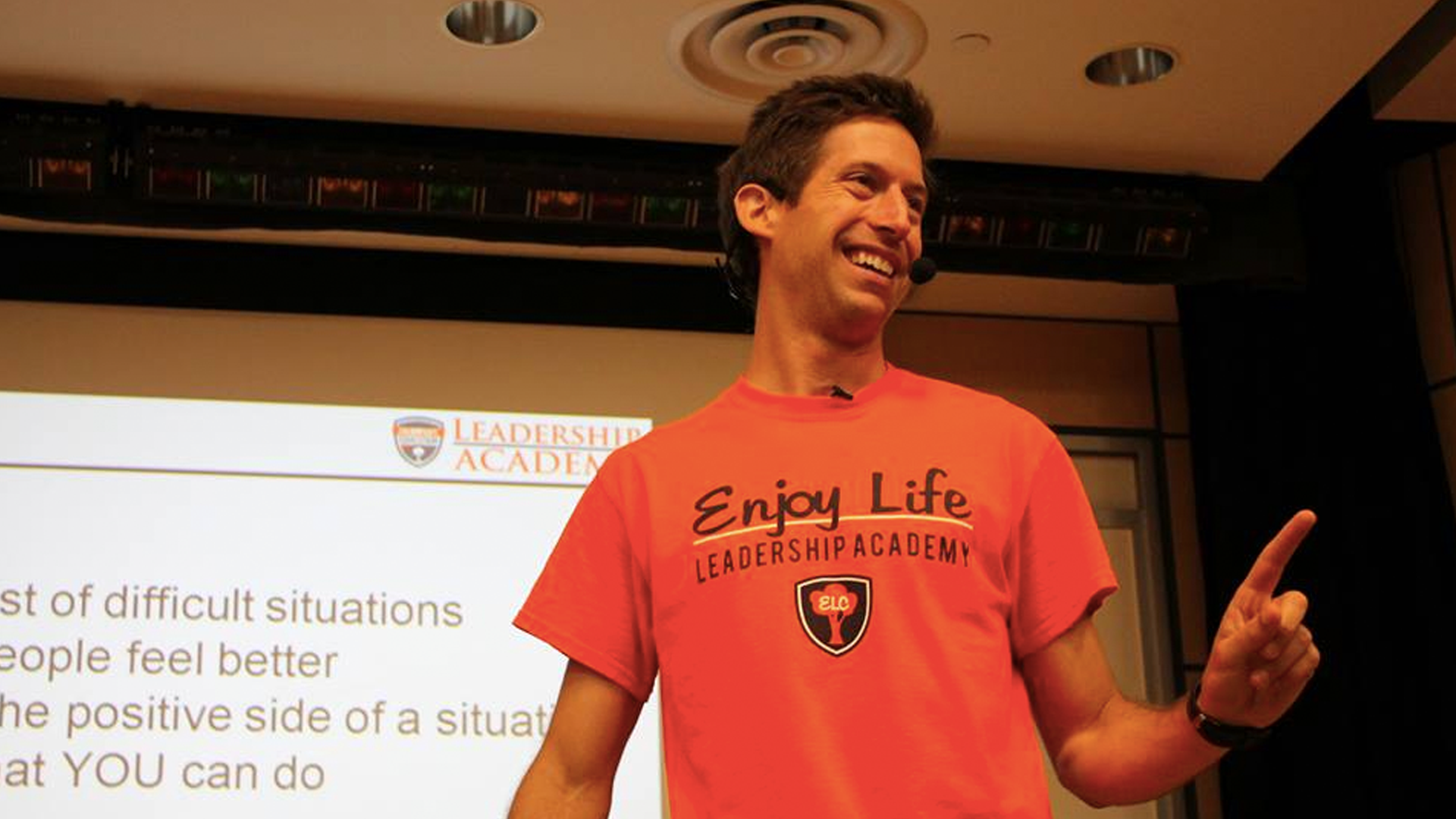 It was August 2000, when Evren Gunduz arrived at band camp to a hoard of college band students cheering and shaking his parent’s car as they drove onto the UMass campus. An avid trumpet player from Hopedale, MA, Gunduz decided to join the band based on his passion for music, and an experience he had as an 8th grader when UMass Band Director George N. Parks, worked with Gunduz’s junior high band at the MICCA festival. Gunduz remembers how in just 15 minutes of work, Parks transformed the band’s sound and empowered Gunduz on a personal level to work harder and continue feeding his passions. Today, Gunduz is the Founder & CEO of Enjoy Life Leadership, an enterprise committed to educating, inspiring, and empowering students to become positive leaders who impact the world. For Gunduz, it all stems from the empowerment he experienced from Parks and the band.

I fell in love with leadership. I had never felt so positive, never realized how impactful our attitude is on ourselves and others, and that first field staff training was the single greatest educational experience of my life.

As a junior, Gunduz was accepted as a member of the Field Staff, one the band’s leadership and teaching teams. Arriving to field staff training camp a few days prior to the start of band camp, he experienced his first taste of formal leadership education as the entire training was taught by Parks. “I fell in love with leadership. I had never felt so positive, never realized how impactful our attitude is on ourselves and others, and that first field staff training was the single greatest educational experience of my life.” Gunduz went on to receive the Field Staff of the year award at the 2002 Band Banquet for his positive impact on the band and excellence as a band leader. “Being a part of an organization with high standards for excellence and a director that believed in me was all it took for me to have an immense passion for the work I put in. I loved and cherished every hour I spent in a practice room with my trumpet, every rehearsal, every performance, putting on my uniform, it was all magical to me. I put so much into being a part of something bigger than myself and got a whole lot out of it.”

Hooked on Parks’ leadership training, Gunduz began volunteering at the George N. Parks Drum Major Academy during summers. “I didn’t really have a role or know what I was doing, I just wanted to be around inspiring people and saw it as an opportunity to learn even more about leadership from Mr. Parks and his staff. In between filling cups of water for the students, I would sneak in the back of the audience and take notes on everything that was taught. I filled more notebooks than the students and learned more about the art of teaching and being a positive leader from my summer travels around the country with DMA than I did in all my years of formal schooling. Mr. Parks taught me how to be a teacher.” 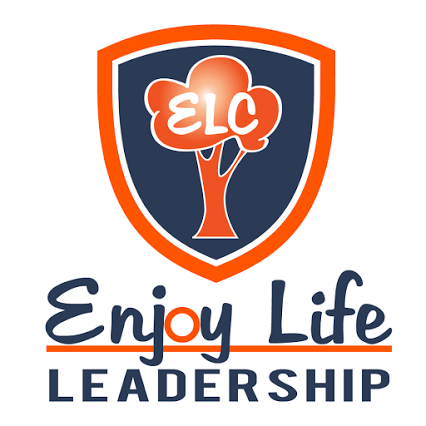 And quite the teacher he became. Gunduz began his career as an 8th grade science teacher at Hopkinton Middle School in Hopkinton, MA. In his first year, he infused his science classroom with leadership lessons and activities which empowered his students to maximize their potential. “I didn’t have my own band, but I had my own classroom, and when students walked into our classroom, I wanted them to feel the same empowerment I had felt walking into Marching Band rehearsal each day being around Mr. Parks. If I could create a culture of excitement and energy in our science classroom that mirrored that of the band, then we could achieve anything. I have learned that an organization’s success stems from its culture and leadership.” By the end of his first year of teaching, his students were so inspired by his positive attitude and energized teaching methods that they banded together behind their teacher’s back and created a formal club that embodied Gunduz’s coined “Enjoy Life” mantra.

The “Enjoy Life Club” was born and the effectiveness of his leadership education was realized. That summer following his first year of teaching, Gunduz was approached by Parks asking him to join his Drum Major Academy as a full staff member. Having only ever been a trumpet player and never an actual drum major, Gunduz was apprehensive about the position. “I remember the moment when he first asked to be on staff, I  responded with a hesitant, ‘Hey Mr. Parks, I am thrilled for this offer, but I’ve never actually been a drum major so how am I supposed to teach others to be drum majors?’ He put his hand on my shoulder and said, ‘Evren, being a great drum major is about being a great leader and a great teacher. It doesn’t matter whether you are conducting a band or teaching science, if you can lead, you ARE a drum major.’

Once again, he found a way to further inspire my self-belief. He is the best leader I’ve ever known.” The following school year, Gunduz’s students wanted more leadership education opportunities, and, in fulfillment of their request, he created the IGNITE Team. This pioneering group was a formal leadership team for 8th grade students that met after school to grow as leaders and positively impact the culture of the school. Gunduz modeled the team after the band’s Field Staff Team. It was this dedication to his students’ needs that elevated Gunduz into master teacher status early in his career. In his fifth year teaching, word had gotten out about his high-energy teaching effectiveness, his sheer commitment to his students’ lives, and his innovative approach to leadership education.

An organization’s success stems from its culture and leadership.

Early in 2009, he was awarded the Hopkinton Hero Award, given to members of the community making the greatest impact on the lives of its citizens. Later that year, he was awarded the Goldin Foundation Excellence in Education Award, one of the state’s most prestigious teaching awards given to those educators making the most innovative and advanced impact on their school’s culture and students’ educational experience. Gunduz became the youngest recipient of the award that year and believes it comes with a responsibility. “After meeting with members of the award committee, I remember feeling a massive responsibility to honor what the award means, be an ambassador to the great values and ethics in education, and a need to just keep working harder to get better and better at teaching. Settling was not an option.”

Success breeds success and the following year, Gunduz was accepted into Harvard University as a student in the Special Studies Department of the Graduate School of Education. With mentoring from his advisor, he designed his own academic journey and specialized his coursework and research in leadership, adolescent development theory, and team studies. Armed with his degree and a polished design for innovative leadership education, Gunduz launched the Enjoy Life Leadership Academy in the summer of 2012.

You can’t lead others until you can first lead yourself.

Gunduz incorporated Enjoy Life Leadership LLC in 2015 and today is one the brightest authorities in the youth leadership education field. He has traveled the globe to teach leadership to students, athletes, coaches, and diplomats. In the 12 years since he graduated from UMass, his Academy, keynotes, workshops, and courses have impacted thousands of students worldwide and his passion continues to grow. “I am on a mission and feel I have a duty to honor those that empowered me. A student will really start succeeding in their life when they have identified their passion and then been given the tools and confidence to maximize their potential in that passion. Once they do that for themselves, they then have the foundation and knowledge to empower others to do the same. That is what being a great leader is all about.”

Gunduz says leadership is not a single act, but a way of life. “At our summer Leadership Academy and in all of our programs, we push students out of their comfort zones, and teach them the arts of leading, but I feel the most important thing we teach is that leadership is a lifestyle and requires continual growth. The journey of life is challenging and the challenges we face can be gifts to those people who have the resilience and confidence to pull out the opportunities in those adversities.” Gunduz says that one of their organization’s core tenants is, “You can’t lead others until you can first lead yourself.” He goes on to explain that no one is a leader on their own. “I am a product of tons of great people, teachers, leaders and experiences that supported and influenced me throughout my life with George Parks and the UMass Band near the top of the list along with my parents.

Every person I meet, I work to learn about their best qualities and add them to who I am. And, sometimes in life and career, you work with people that teach you how not to do things and what you learn from poor leaders can be just as important. I’ll never know it all because as long as I meet and interact with new people, there are new things to learn about life and leadership. Each day, we change and grow within ourselves. You can learn a lot from yourself if you listen carefully.”

Today, Enjoy Life Leadership LLC provides multiple programs for individuals and teams looking to advance their performance and culture. In addition to their flagship program, The Leadership Academy, Gunduz also runs Team Leadership Trainings for formal groups of students and young adults in high schools, universities, and in the workplace. In particular, he loves working with varsity athletic teams, competitive band programs, and young start-ups – groups that have something to play for, work for and who need each other to accomplish their goals. He also works as a Leadership Life Coach for individuals looking to advance their life or career to its next level. Evren can be reached at evren@enjoylifeleadership.com or 508-887-1095.