Drum major among ‘29 Who Shine’ honored at State House 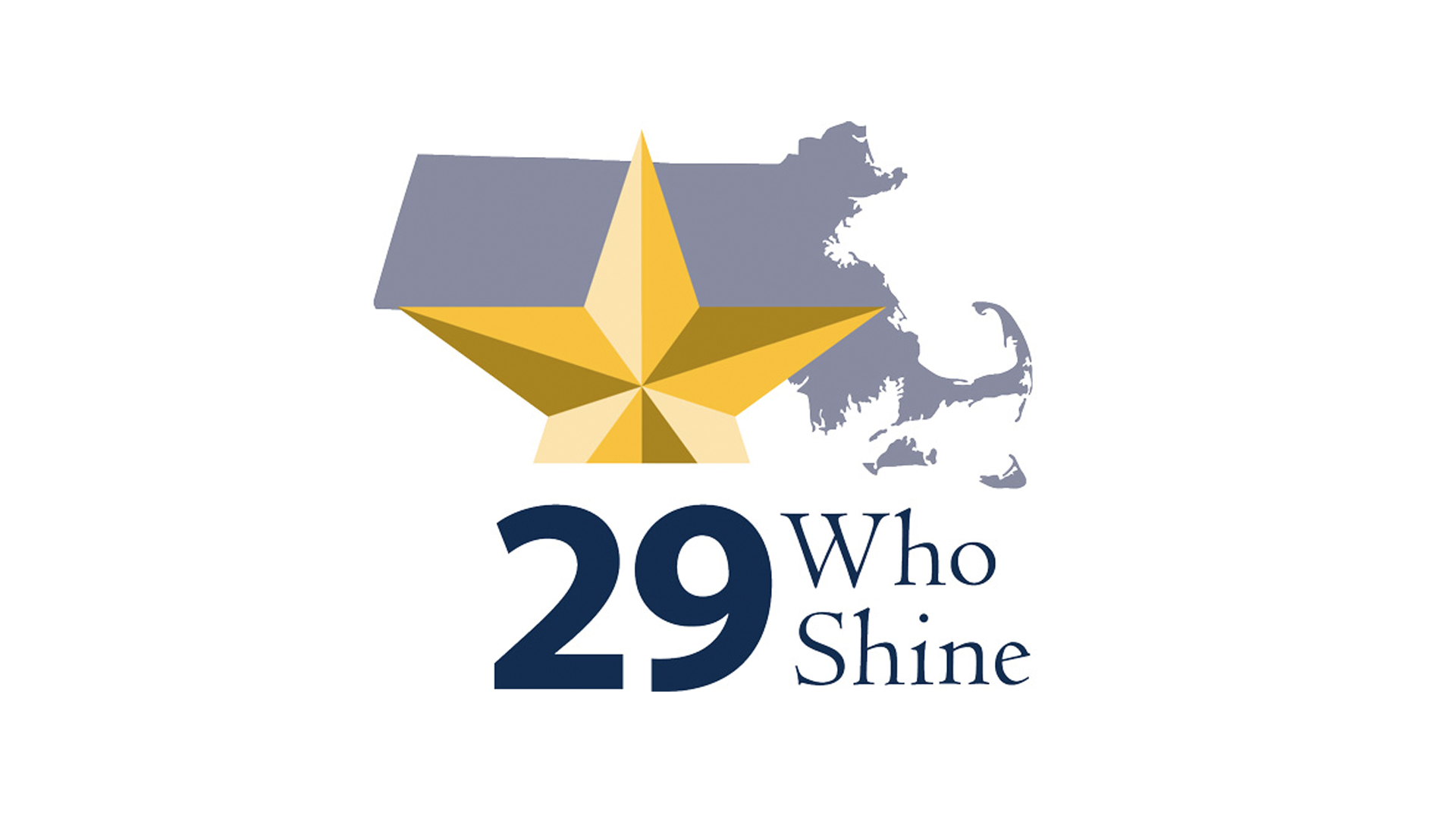 Michael Nicholson, of Gardner, a University of Massachusetts Amherst senior majoring in political science and history, was honored May 9 at the State House during the state Department of Higher Education’s 29 Who Shine ceremony saluting public campus graduates for their civic and academic achievements.

Each year, the governor salutes outstanding students representing each of the Commonwealth’s community colleges, state universities and the five campuses of the UMass system. Approximately 250 invited guests attend the event, including House and Senate leaders, the secretary of education, commissioner of higher education, members of the Board of Higher Education, college presidents, chancellors, business and nonprofit leaders, students and their families. Prior to the awards ceremony, student honorees and family members meet their legislative representatives at a reception outside the House chamber. Students’ state senators and state representatives are invited to present their district honorees with citations and pose for photographs. 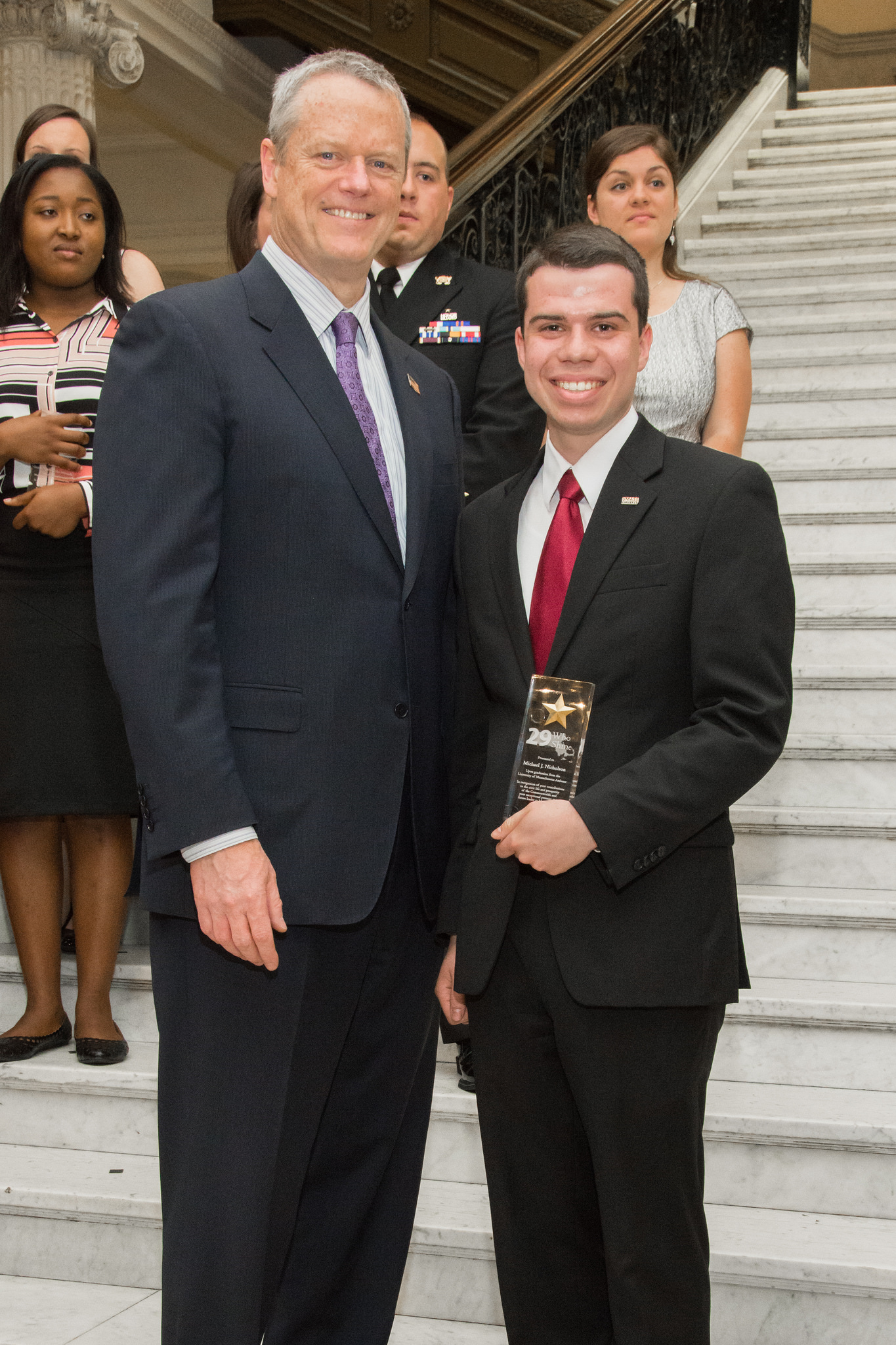 During his collegiate career, Nicholson was deeply involved in several community service activities. He organized fundraisers for Forward in Health in Haiti and volunteered on missions with the charitable organization to the Caribbean nation. He also mentored students in the Emerging Scholars program at Commonwealth Honors College at UMass Amherst.

An internship in the mayor’s office in Gardner in the summer of 2014 turned into a paid position as an aide to Mayor Mark Hawke. Nicholson helped plan the city budget, participated in contract negotiations and organized forums with local and state officials.

As a member of Commonwealth Honors College, Nicholson earned bachelor’s degrees in political science and history as well as a certificate in public policy and administration and one in international relations. He was a member of the history honors society and a peer mentor. He was also a drum major with the Minuteman Marching Band, and marched in the 2013 Macy’s Thanksgiving Day Parade.

Nicholson was honored as a 21st Century Leader at UMass Amherst’s commencement ceremony on May 6.

He is currently enrolled in the accelerated master of public policy program at UMass Amherst and will continue in his role as one of the drum majors of the Minuteman Band. Upon completion of his master’s degree, Nicholson plans to return to Gardner and devote his career to public service and one day run for elected office.