When Blast! hit Broadway 15 years ago, the production became an instant hit with American audiences and received two major awards. Here’s a look back on its innovation as well as its evolution in bringing the marching arts to an international stage.

This April will mark 15 years since the monumental show Blast! first premiered on Broadway. Blast! combines marching band and theater by putting brass and percussion instruments, moving formations, and a choreographed color guard onstage under the lights. Created by musical visionary James Mason, Blast! evolved from the Star of Indiana Drum and Bugle Corps in the 1990s, eventually becoming a show with multiple national and international tours, a Tony Award, and an Emmy Award. Not only did Blast! profoundly change the lives of its performers, but it also brought the marching arts into the mainstream, making it accessible to audiences all over the world.

In 1993, the Star of Indiana Drum and Bugle Corps, which held the title of 1991 Drum Corps International World Champion, suddenly changed its tune. After deciding to take the show in a more theatrical direction, corps director James Mason created a show called Brass Theater that toured the United States.

“I think Jim [Mason] always had a vision to do something new and different, to take it mainstream,” says former Blast! snare drum soloist Nick Angelis.

Angelis, who was a member of the Star of Indiana during its transition years, performed in the original Brass Theater shows as well as London, Broadway, and U.S. tours of Blast! until April 2003.

By 1999, Brass Theater had evolved into Blast! and premiered in London that December. “A lot of times Broadway shows start somewhere else and come over,” Angelis says. “That’s the premise of what we thought. Go there, test the market in London, and make it marketable to get us looked at from different production companies.”

The London run proved to be highly successful. “They don’t have marching bands [in London],” says former Blast! snare drum soloist Jeff Queen. “Synchronized movement to music was something that blew everyone away.”

Queen performed with Blast! in the original 1999 London cast as well as on Broadway and in several U.S. tours until April of 2003.

Broadway and the U.S. Tours

In 2001, Blast! hit the Broadway stage for a six-month stint.

“It was awesome!” says Queen, recalling his time performing on Broadway. “It never got old. It was always fun to know that I was doing the thing I loved for a living at that point.”

Broadway audiences welcomed the show with open arms. “It mainstreamed marching band as being legitimately cool and fun,” Angelis says. “You’d feel like you were at a rock concert.”

“Those awards not only give recognition to the production but also allow the production to reflect on its journey on how it got there, bringing to focus all the people and their contributions that made Blast! come to life,” Mason says.

Queen remembers attending the Tony Awards with fellow Blast! members in 2001. “It was pretty surreal,” he says. “I had never been a part of any awards show like that. It was amazing to be in that crowd and to hear the show’s name called.”

With this recognition, the show went on tour and connected with audience members across the country. “It’s the biggest thrill,” says Kit Chatham, who performed with Blast!as a percussionist from 2001 to 2003, including performances at Disney in Orlando, Florida, and Anaheim, California. “You’re having an emotional connection with people. You’re making eye contact. You can’t hide behind anything. Your energy, your emotion, your musicality are right there in front of the audience. That’s one of the ultimate forms of performing. You’re communicating visually and with your music.”

While Blast! found a rhythm on the Broadway stage, the show continued to evolve as it toured nationally. “The biggest change in my experience was with the cast size,” says former Blast! percussionist Vince Oliver, a member of the original Broadway cast who performed with Blast! until 2009. “The first version that I learned was with 10 percussionists and two swings that would understudy. That was for the first national tour until 2003. After that, they cut down the cast significantly.”

After major changes had been made to the cast size by 2003, Blast! made another big decision: to take the show on tour in Japan. “For the Japanese tours, they made everything more mobile,” Oliver says. “We moved down to five percussionists and one swing. We all had to do double duty.”

Taking Blast! to Japan really paid off, though. In fact, its reception in Japan far surpassed expectations. “We were warned before we went that the Japanese audience can be very conservative when it comes to applauding,” Oliver says. “We had the exact opposite happen. The audience went absolutely crazy for it! I remember that first day in Tokyo, when we were in the audience doing meet and greet, they were trying to hold the audience away from us. They weren’t prepared with the security for crowd control.”

After that initial show, all Blast! shows completely sold out in Japan for the remainder of the season. Following the 2003 tour, Blast! had two more sold-out seasons in Japan. The show toured Japan for the 10th time in 2014. Both Oliver and Queen have heard talk of Blast! potentially coming back to Japan in 2017 as well.

Beyond Broadway and Japan, Blast! has continued to perform around the world, including the World’s Fair in Korea. Blast! has also had performances throughout Canada, specifically in Toronto and Vancouver.

“No matter where we were, the audience reaction was really similar, which was overwhelmingly positive,” says Oliver. “The show was just really high-energy the entire time.”

What exactly makes Blast! so well loved by so many different cultures? “There was a sincerity about the emotion with the music that was being portrayed,” Oliver says. “You have that universal appeal. You don’t have to translate it.”

The former Blast! musicians all feel that being a part of the show shaped their futures as musicians and as people. Chatham, Angelis, and Queen all say they were influenced by the show’s acting director and choreographer, George Pinney, who is head of musical theatre at Indiana University in Bloomington.

“I’ve seen all my friends grow up and become better stage performers,” Chatham says. “With my snare drum solo, I knew how to make the audience look at certain things. You learn to use your head and your body to tell them, ‘Don’t look here; look here!’ I credit Blast! for helping me to do that. You’re doing more emotional content.”

After leaving Blast!, Chatham went on to become a percussionist for Cirque du Soleil, where he has worked for the past 11 years.

For Angelis, being in Blast! helped him learn responsibility. “When you perform eight shows a week for six months straight, you really have to find ways to persevere through all types of adversities,” he says. “Missing home, feeling responsibility at a young age, being away from my friends and family … that was always on my mind. But while I was on tour, I had to make sure that this show was going to be the best it could possibly be.”

For the past 11 years, Angelis has been the assistant director of the Bearcat Bands at the University of Cincinnati. “I love teaching,” he says. “I use music as a vehicle to teach group leadership, teamwork, and life skills.”

Performing in Blast! impacted Queen in more ways than one.

“Blast! has given me everything I have right now,” he says. “It prompted me to go back to school for a music degree. It’s given me my wife! My wife was the cast manager.”

Above all, Queen feels that performing in Blast! is what made him confident in choosing music as a career. “I haven’t had a ‘real job’ since May of ’99,” he says. “I haven’t looked back since.”

Queen now travels the world doing performances, workshops, and clinics, visiting places like India, Germany, Switzerland, Thailand, Serbia, and different parts of the United States. He has taught in the drum corps activity for more than 18 years, including being the caption head for the Carolina Crown Drum and Bugle Corps from 2003 to 2004. He is the percussion director for Carmel (Indiana) High School and is on the faculty with Butler University and Marian University.

Oliver is now a full-time composer and freelance instructor. His compositions have been performed at Carnegie Hall, the Kennedy Center, and Walt Disney Concert Hall in Los Angeles. He is also the electronics designer and composer for the Bluecoats Drum and Bugle Corps.

Mason now runs the Mason Entertainment Group, which continues to produce Blast! and other shows like it, all with the goal of creating innovative and spectacular live theater.

After 15 years and many national and international tours, Blast! entertains audiences with the universal language of music.

While Blast! has seen its share of changes over the years, it has also retained its original essence.

“It was getting increasingly difficult and more expensive to get music rights for some of the numbers in Blast!,” Mason says. “This forced us to think about adding or replacing numbers within the production. This has allowed us to explore current music, create our own music, and basically keep the brand fresh for those that are seeing Blast! multiple times.”

Oliver saw the production in his hometown a few years ago.

“A lot of the music was different; they had to swap out some because of copyright restrictions,” he says. “But it’s still the same show. It was kind of emotional for me, just looking back and seeing the new generation of performers having so much fun. And the audience loved it! While the music might be different, it still offers the same vehicle for the performers to express their joy of performing music.”

Above all, it seems that Blast! is about evolution. By creating a hybrid of marching band and Broadway theater that had never been seen before, Blast! shows how innovation, risk-taking, and change are important to the future of live entertainment. Blast! has also changed the way many mainstream audiences view music and the marching arts and paved the way for new productions such as Drumline Live and Contemporary Color.

At the same time, Blast! proves that, even when creating a completely new type of marching show, the core values of performance—energy, enthusiasm, and a passion for entertaining your audience—will always remain the same.

So, what’s next for Blast!? According to James Mason, “We will continue to keep pushing the art form that we created forward. The future has never been brighter, and Blast! will keep on inspiring and sharing its universal message around the globe.” 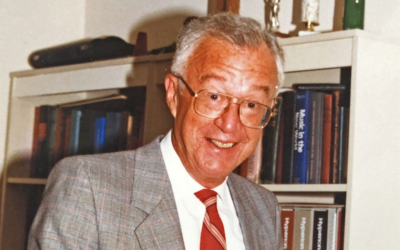 by admin11 months ago16 comments