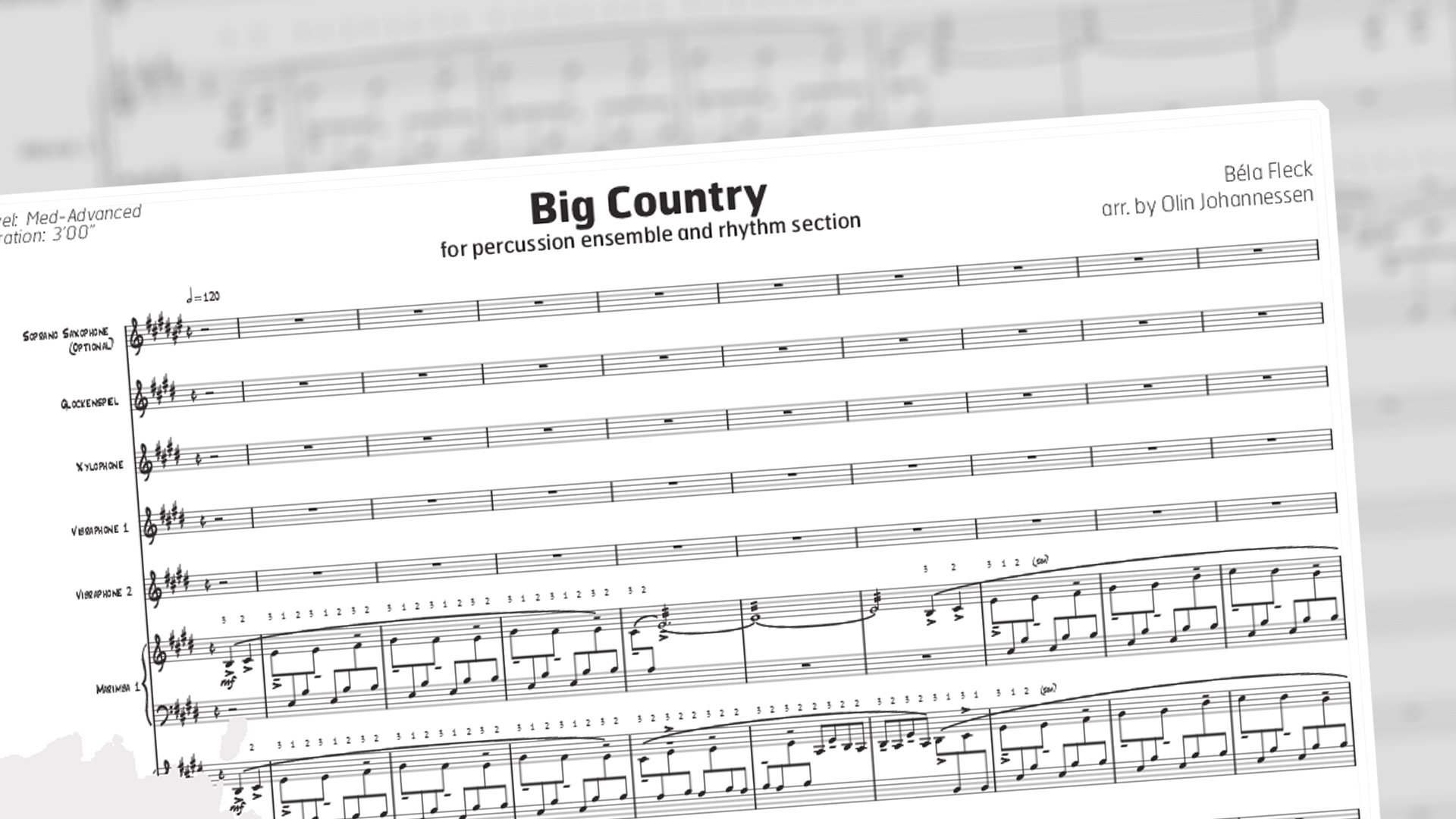 An arrangement of “Big Country,” written by alumnus Olin Johannessen and performed by UMass Marimbas, is being heard around the country after it caught the ear of well-known banjo player and jazz musician Béla Fleck.

The catchy tune written by Fleck appears on the album “Left of Cool” by Fleck and the Flecktones. The simple melody with the folksy sound of Americana and was arranged for percussion-marimba ensemble by Johannessen in 2005 when he was a student in the Department of Music and Dance. Fleck was so impressed with the current Marimba Band that the ensemble’s performance of the arrangement and its photo is featured on the Flecktones’ website. The arrangement by Johannessen is also being performed by numerous other university percussion ensembles.

Fleck, often considered the premier banjo player in the world, is the only musician to be nominated for a Grammy in the jazz, bluegrass, pop, country, spoken word, Christian, composition and world music categories. He and his ensemble have been playing and recording together since 1989. The Flecktones won a Grammy in 2000 for “Outbound,” and again in 2007 for “The Hidden Land.”

According to Johannessen, “Fleck’s original banjo part translates well to the percussion ensemble through four-mallet independent techniques for marimbas and xylophone. As can be heard in the performance by the UMass Marimba Band on the Flecktones’ site, my arrangement also features a small rhythm section (drumset and bass guitar) to drive the two-step feel.”

The Marimba Band is also featured on the website of Vic Firth, Inc., a source for educational information, workshops and artists in the percussion world: .

Thomas Hannum created the Marimba Band in 2005 for students to learn arranging techniques and perform popular music transcriptions. Last October, Johannessen’s arrangement, made while he was in the Marimba Band, was released through Tapspace Publications and made commercially available in the United States and Canada. Olin is now the assistant director of education for Vic Firth Inc.