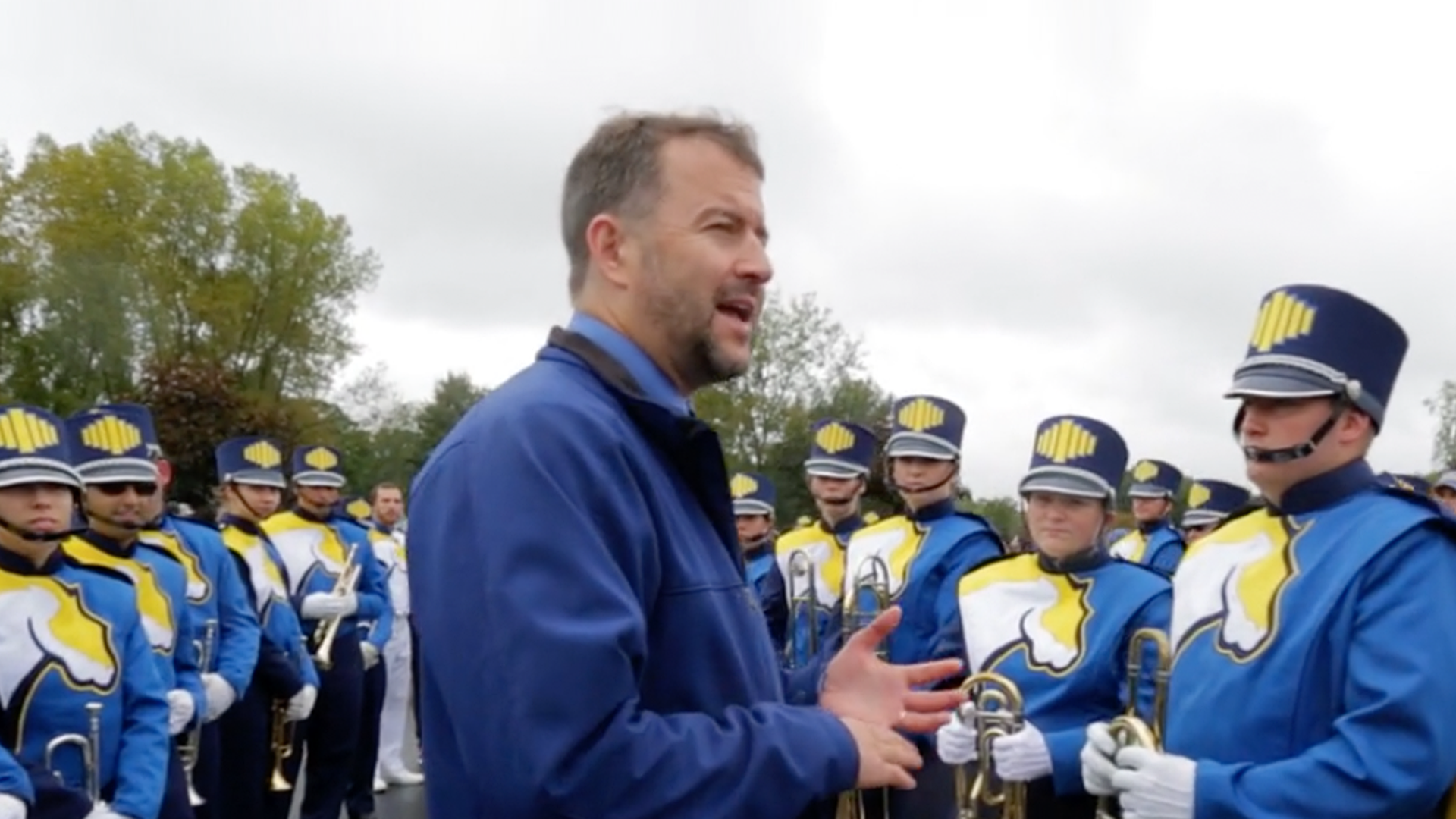 2010 marks Jason DeGroff’s ’93, ’95 M.M. first season as director of the University of New Haven Marching Band, a brand new program that just completed its first season of marching in the fall. DeGroff holds a Master’s and Bachelor’s Degree in Music Education (trumpet/conducting) from UMass Amherst. While there, he was a five-year member of the Minuteman Marching Band, and later was the Graduate T.A. for George N. Parks and the Minuteman Band.

Arranging for the Charger Marching Band is the UMass band’s own Michael Klesch, ’90 M.M.