America, the Beautiful: The Story Behind the Band Classic 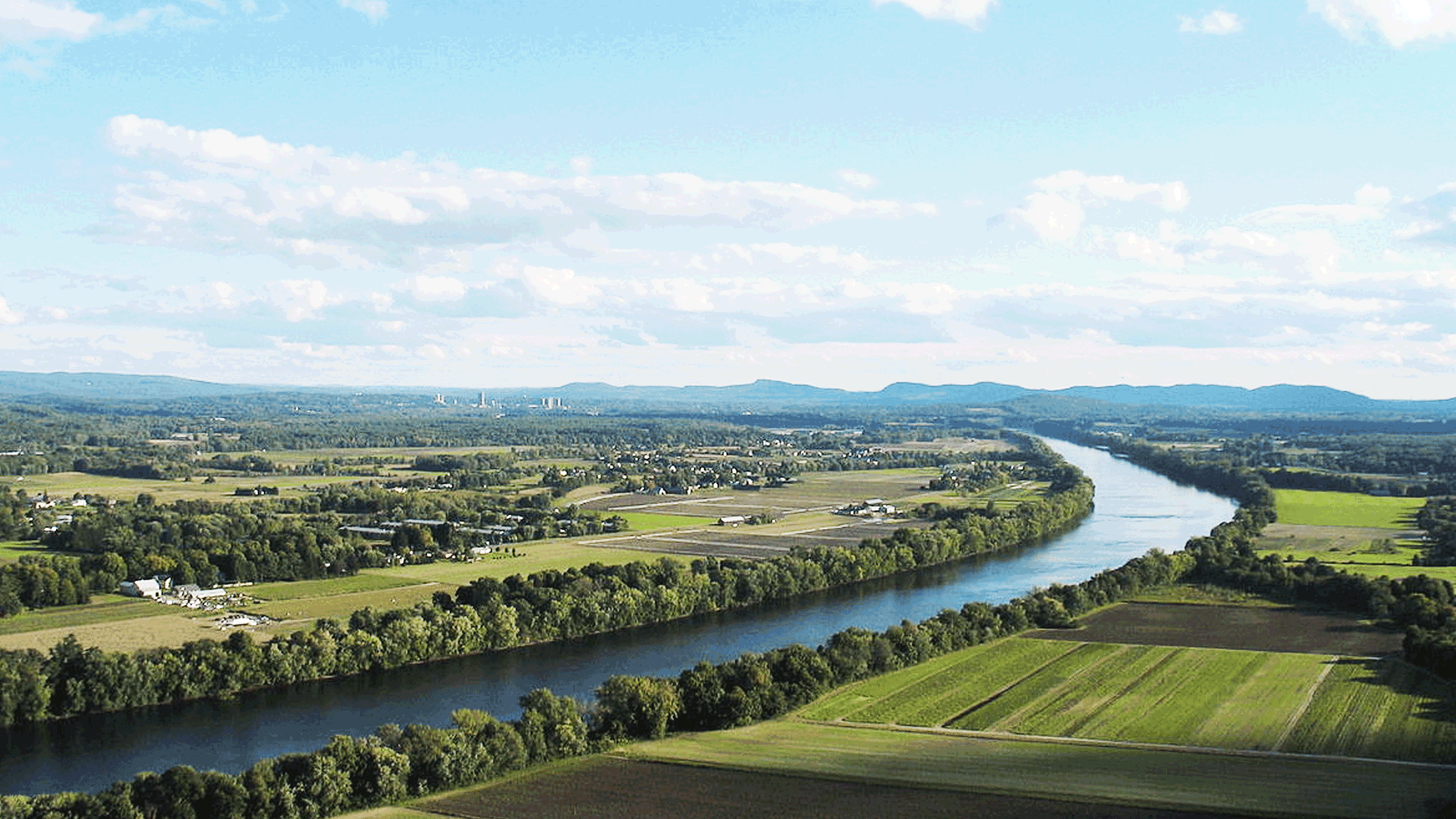 There are many pieces in the band repertoire that we take for granted.  You might call them our seasonal stock.  For many of us, December means an annual revival of Sleigh Ride or A Christmas Festival.  Come late spring, it’s on to Pomp and Circumstance.  If the occasion is patriotic, it’s time to fill the folders with Stars and Stripes Forever and the Carmen Dragon setting of America, the Beautiful.   Anyone who has taken on “The Dragon” will tell you that it is not such a simple proposition.  From its 22 measures in the key of Gb to those famous 16th-note triplets in the cornets and trumpets, there are more than a few challenges in a piece that lasts little over three minutes.

There are multiple reasons not to take America, the Beautiful for granted.  Musically, it is a gorgeous setting that grabs you from the first stroke of the sforzando/forte-piano timpani solo.  Dragon’s writing varies from soaring to reflective, and it is always dramatic.  The many moods he captures – in what is essentially just an introduction, two statements of the familiar tune, transitional material, and a triumphant finale – is nothing short of masterful.  That America, the Beautiful is such a wonderfully rich arrangement comes as no surprise when you discover who Carmen Dragon was.  Considering the totality of his professional accomplishments, Dragon was one of the most accomplished musicians ever to write for band.

Carmen Dragon was born in Antioch, California, a San Francisco Bay Area community, in 1914.  His parents were Italian immigrants, and there was music in the family.  Dragon’s musical big break occurred in the 1930s, when a dance band arrangement he wrote caught the attention of future Music Man composer Meredith Willson, who, at the time, was the music director for the Western Division of NBC Radio.  Impressed by his writing, Willson brought Dragon with him to Hollywood, and opened the door to working in show business.   By the end of the 1940s, Dragon was a regular presence on national radio.  In 1947, he was the music director of Maxwell House Coffee Time, which starred singer Frances Langford.  Langford referred to Dragon as a “musician’s musician.”  He also worked with the Baby Snooks radio program starring Fanny Brice, and was the musical director for The Railroad Hour.  The latter program presented live operettas and musicals in a one-hour format.

In terms of music education, Dragon’s most significant radio work, and the one that led to America, the Beautiful, was The Standard Hour.  Sponsored by Standard Oil of California, The Standard Hour, later called the Standard School Broadcast, was a radio broadcast in which Dragon conducted an orchestra and provided commentary.  The program was frequently listened to in schools to familiarize students with classical music.  The concept of radio as a form of education was championed by the Ohio State Institute for Education by Radio and Television, which began in 1930.  The Institute’s 30th anniversary meeting was to be held at a downtown Columbus, Ohio hotel in May 1960.  Because the Institute used The Standard Hour in their curriculum, Standard Oil sent Carmen Dragon and two soloists to the event.

An invaluable resource for learning about that concert is the recording archives of the Ohio State University Concert Band under the direction of Donald E. McGinnis.  These are available on-line at the website of the Worthington Kilbourne High School Band of Columbus: www.kilbournebands.org/mcginnis.  McGinnis conducted the Ohio State Concert Band from 1952 – 1979, and on the website, you can hear him provide background information on the process that brought Carmen Dragon to the Institute meeting.  Dragon originally asked to conduct the Ohio State Symphony Orchestra, but the orchestra could not perform the music on one rehearsal. When it was suggested that the concert band perform instead, Dragon was reluctant.

The entire Institute program is preserved online, including the introductory commentary to each selection.  McGinnis conducted the opening selection and then introduced Dragon.  It is immediately obvious that Carmen Dragon’s work in radio was not only due to his musical abilities.  His voice is comfortable, clear, and professional sounding, and his pacing is that of an experienced storyteller.  The first time I listened to it, I didn’t realize it was Dragon speaking. His voice was so polished that I assumed it was a professional broadcaster.

According to McGinnis, the highlight of the program was the debut of the band version of America, the Beautiful.  Dragon originally wrote the arrangement for orchestra a few years earlier.  He recorded over 50 albums of light orchestral music, in his career, using groups such as the Hollywood Bowl Symphony Orchestra and the Capitol Symphony Orchestra.  America, the Beautiful was part of an album entitled Americana, which is still available, but now under the title America the Beautiful – Songs and Hymns from the American Soul.  The album featured traditional American songs ranging from My Old Kentucky Home to Nearer, My God to Thee, all arranged and conducted by Dragon.  Dragon introduced America, the Beautiful to the Institute audience by explaining that the current theme for the Chevron School Broadcasts series is Musical Tours of our National Parks, “Now, as a fitting tribute to the grandeur and beauty of our national parks, here is a new setting of America, the Beautiful.”

The approval of the audience following the final note is immediate, and it was the most enthusiastic ovation on the concert.  Sam Fox published the band arrangement in 1963 and it has been in print ever since.  There are adaptations for marching band and younger bands.  In the decades since its debut, the Carmen Dragon setting has become the standard instrumental setting of America, the Beautiful by which all others are judged, and it is played at virtually all patriotic concerts.  The Dragon version is probably only challenged by Ray Charles’s vocal rendition for the title of most well-known.

In addition to radio, Dragon also worked in the Hollywood movie industry.  He received an Oscar in 1944 for Best Scoring of a Musical Motion Picture, for his work on the Rita Hayworth/Gene Kelly musical Cover Girl, which featured songs by Ira Gershwin and Jerome Kern.  Dragon’s most famous motion picture work was his score for the 1956 science fiction classic Invasion of the Body Snatchers.  He also received an Emmy for the Glendale Symphony Orchestra’s 1964 Christmas Special, broadcast on NBC.  Dragon was music director of the Glendale Symphony Orchestra for 20 years and also active as a guest conductor.  Other honors include a star on the Hollywood Walk of Fame for his work in radio, and having an elementary school in his hometown of Antioch named after him.  Although I can’t verify it, I have to think that Carmen Dragon is the only writer of band music whose résumé includes an Oscar, an Emmy, a star on the Walk of Fame, and an elementary school bearing his name.

There are a few other band arrangements of Dragon’s orchestral music that are currently available.  These include the Battle Hymn of the Republic, which was also on the Americana album, and La Cucaracha, which is adapted for band by Timothy Rhea.  These can be rented from the Carmen Dragon Music Library.   None of these, though, have achieved anything close to the popularity of America, the Beautiful.  Like many, I perform it every summer with a community band on the Fourth of July. I also recently programmed it on a spring concert with my school ensemble.  Because of its musical riches and because of who Carmen Dragon was, I believe it is one of those pieces every student should experience in their career.  Only a professional in show business from that period could write like Dragon.  I know it is a piece that I’ll return to periodically.

When you assemble music for your next patriotic concert, I invite you to spend some time with the Carmen Dragon America, the Beautiful. I am confident, you’ll find it’s more than just something to be played for a seasonal occasion. It is an important contribution to the band repertoire, created by a writer with credentials unlike any other.

From the June 2018 issue of The Instrumentalist.

Information on the premiere of America, the Beautiful is taken from Dr. Donald E. McGinnins’s comments, found at www.kilbournebands.org/mcginnis.

Biographical information and materials about Carmen Dragon was kindly provided by Kathy Rose Henn (1951 – 2013), daughter of Carmen Dragon.  This article is dedicated to her.

1 thought on “America, the Beautiful: The Story Behind the Band Classic”