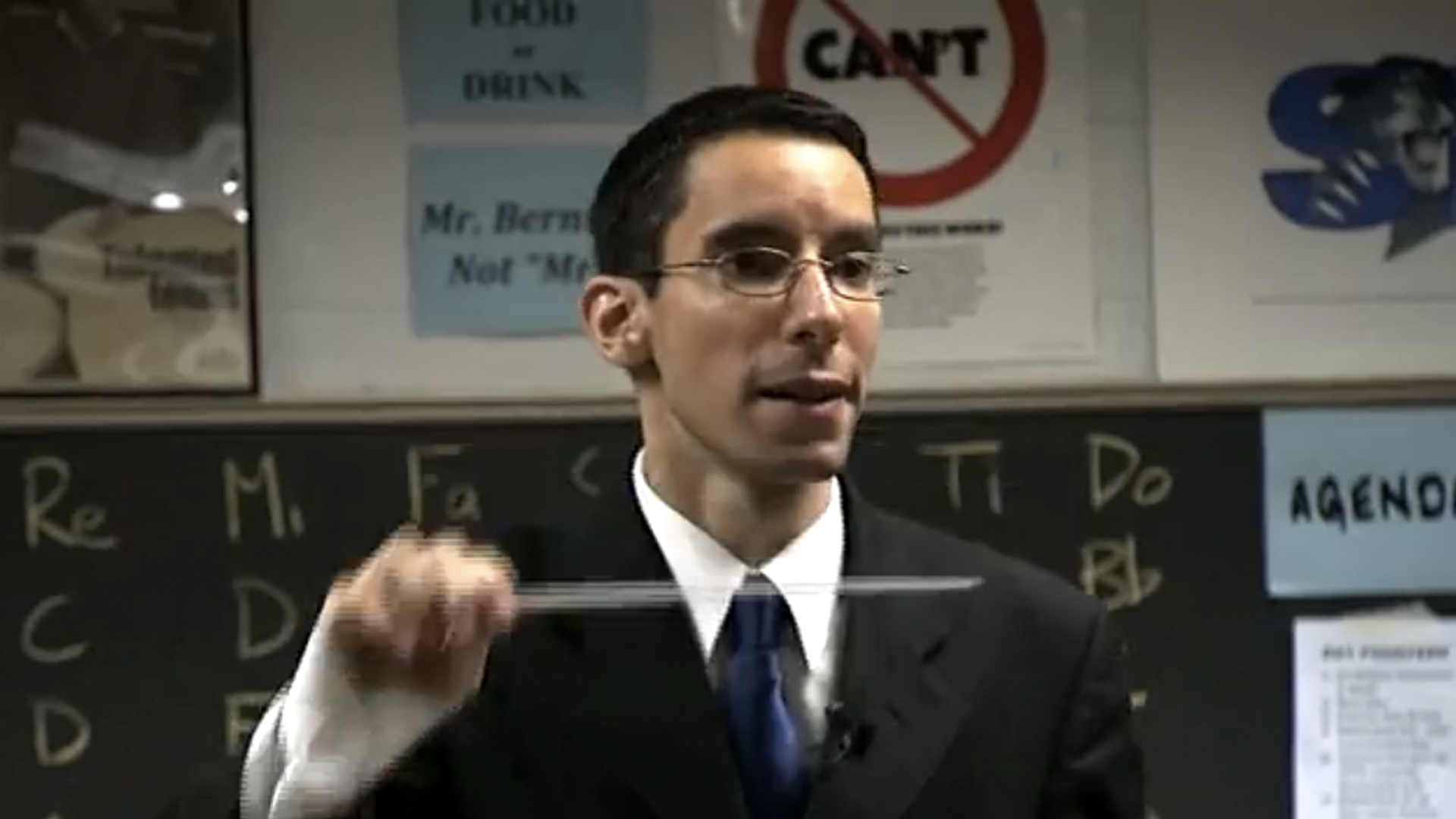 Fortunately for the students at the High School of Science and Technology in Springfield, Mass., trumpeter Gary Bernice decided, three quarters of the way to completing his degree in business, that his real calling was to be a band director. He began his career in 2007 at the inner city school where he encountered a disheartening scene on his first day in the music room—10 students were watching ESPN and playing cards. Today, the music program at Sci Tech has grown to 600 students. Those who stay in the band program for a least one year are twice as likely to graduate high school as others at Sci Tech. With no feeder programs, Bernice built Symphonic, Concert, and Jazz Bands; the program also includes a music production class. “The Pride of Springfield,” the Sci Tech Band is the subject of a 2015 national documentary about the transformative power of student ownership in the classroom.

“His commitment to urban schools is what makes him successful,” said UMass Music Education Professor Lisa Lehmberg who is writing a paper on Bernice. “The band is the reason his students come to school. Gary empowers his students, making them part of a leadership team deciding on repertoire, leading warm ups, and willingly cleaning the band room.”

“When Gary explained that he wanted to become a band director, his desire was so heartfelt and honest,” said Professor of Trumpet Eric Berlin, who gave Bernice free private lessons to bring his skills up to the level of a successful audition. “A very diligent student, I knew that he had to be a great band director.” Bernice completed a BM in music in 2007 and an MM in 2010.

Bernice helps his students in many ways. He co-founded the Mentoring Through Music Program where older students help younger ones. He drove a student who moved out of the Sci Tech district to and from school and paid the summer school tuition for several students, tutoring them so that they graduated. After concerts, he runs a shuttle taking kids home. And the concerts, for which he does remixes of classical tunes, pop Latin tunes, and salsa, have people dancing in the aisles.

Professor Lehmberg sends student teachers to Bernice’s classroom; Colleen Peterson student taught last year and is working as Sci Tech’s assistant band director and Ulysses Torres is now teaching music in the New York City public schools. According to Julie Jarmon, Director of Visual and Performing Arts for the Springfield Public Schools, “Through his motivating and enthusiastic attitude, Mr. Bernice makes it easy for his students to love music even though his expectations are high and his methods rigorous.”

Published in the Fall 2015 issue of Fanfare, the UMass Amherst Music & Dance magazine.