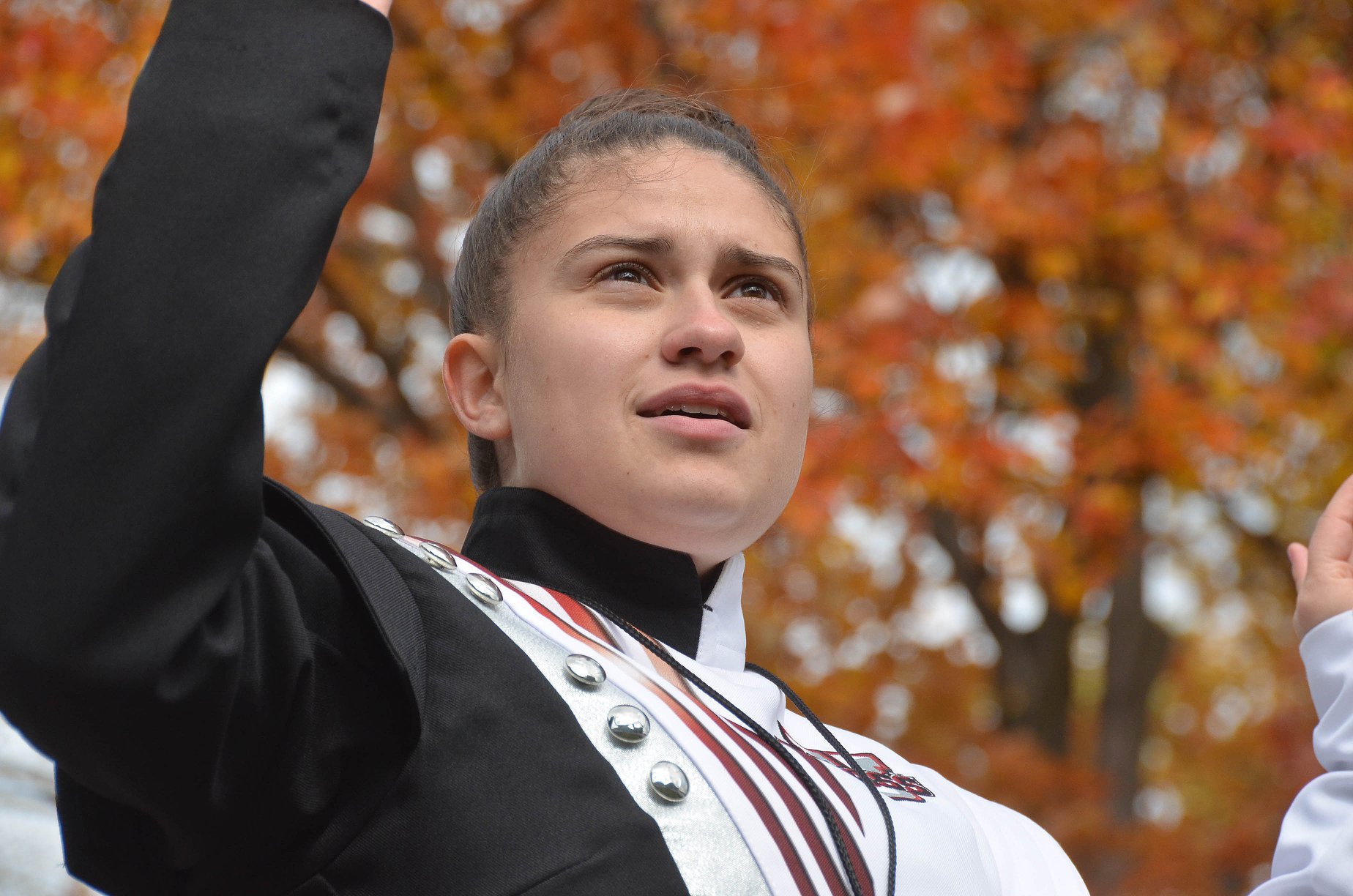 Jaclyn “Jackie” Nicholson is a Commonwealth Honors College student from Gardner receiving dual degrees in marketing and communication, along with a certificate in media literacy. She is a member of the Phi Kappa Phi Honors Society.

The 21st Century Scholar Award recognizes the strong academic record and exemplary achievement of undergraduate students who have further distinguished their intellectual accomplishments, and enhanced the reputation of the university. Students are recognized for high academic performance and for the prestige and honor they bring to UMass Amherst, both as undergraduates and as alumni joining the larger community.

As a student, Nicholson joined the Minuteman Marching Band and became drum major during her first year, a position that she held for three years. She led the band in its 2018 Tournament of Roses Parade appearance in Pasadena.

Jackie started a weekly music class at an assisted living residence and interned with the Alzheimer’s Association, helping plan the Ride to End Alzheimer’s fundraiser. She also volunteered with the Amherst Cinema’s See-Hear-Feel-Film program, teaching visual literacy to third-graders.

She plans to work for Hanover Insurance Group and continue her education by pursuing an MBA and a master’s degree in marketing analytics.

Jackie’s brother Michael Nicholson, who also served as drum major of the Minuteman Band, was named a 21st Century Scholar in 2016.