From dresses and tuxes to a gourmet buffet provided by UMass’ own #1-ranked Dining, the 2018 edition of the Minuteman Band was celebrated and joined UMMB lore.

Superlatives were announced. Senior speeches were given. Laughs were had. Selfies and group photos were taken in front of the Campus Center mural of the band. 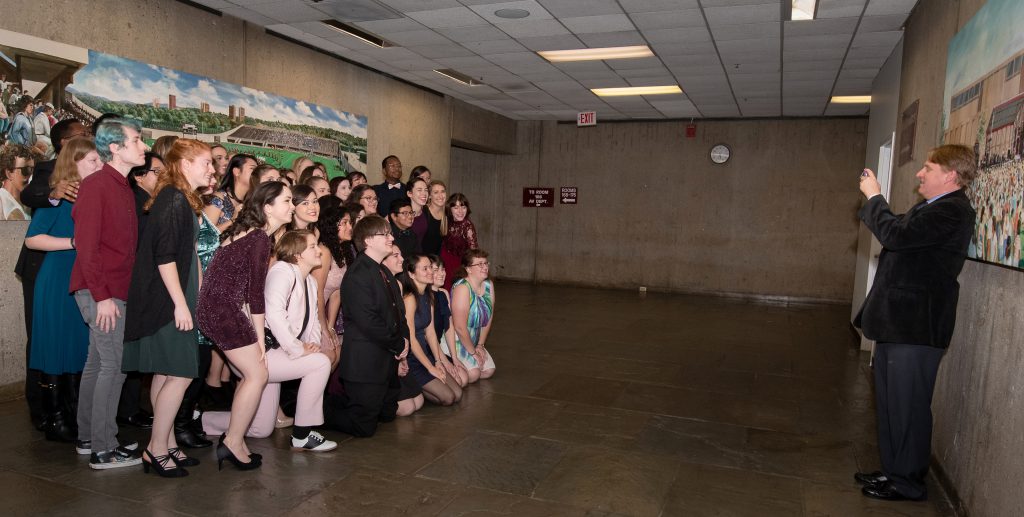 After the final speech of the night, the seniors lit their candles and sung “My Way,” which was perfectly fitting as we adapted the banquet “pin” tradition. Since the band’s new uniforms don’t have collar pins, TTA and Thom instead gave seniors this year’s “My Way” themed alumni band Homecoming pin. The Band Alumni Network will now provide these pins each year.

In the end, all were reminded that “no, a lifetime’s not too long to live as friends.”

Here are the annual banquet awards: 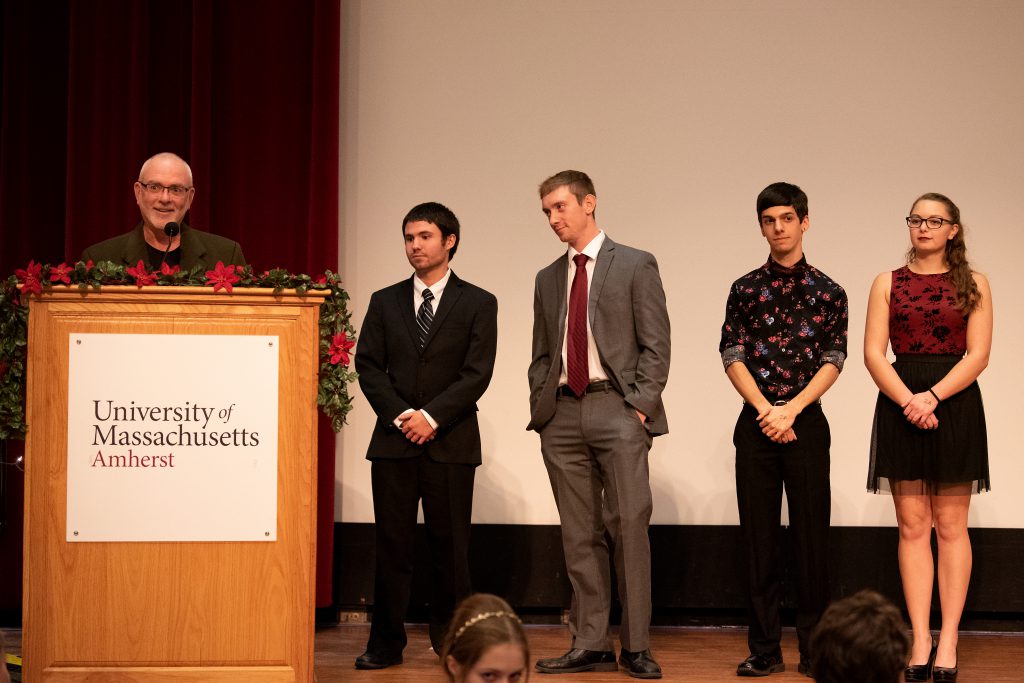 Earlier this year at Homecoming, the Band Alumni Scholarships were awarded to Matt Minnehan (trombone) and Ryan Waselik (alto sax).

The A in STEAM