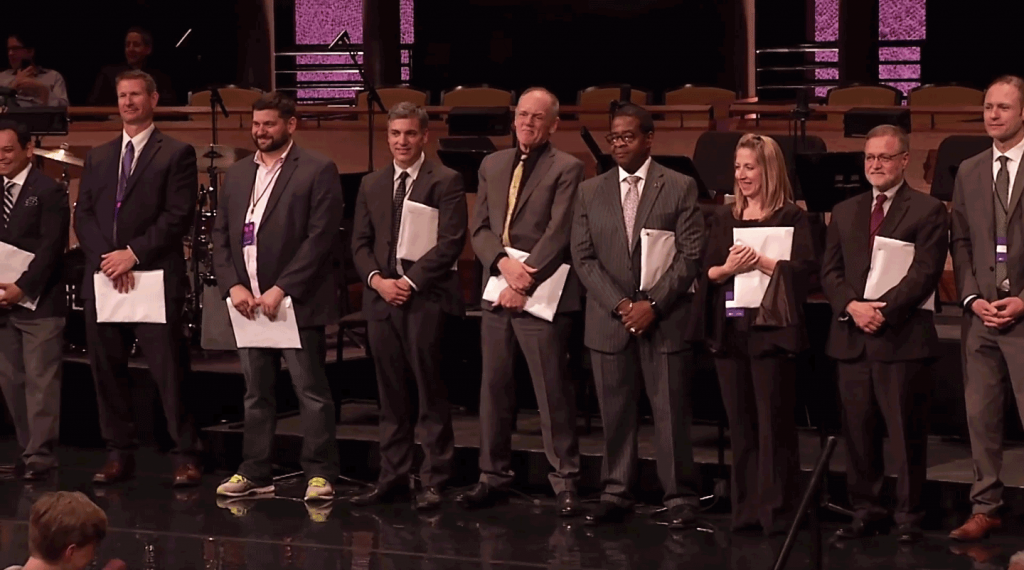 This May, the top 15 high school jazz bands in the country participated in the 23rd Annual Essentially Ellington High School Jazz Band Competition & Festival and were immersed in three days of mentoring, jam sessions, and workshops. The competition culminated in a concert wherein each top-placing band performed with their choice Jazz at Lincoln Center Orchestra member as a soloist. The final concert also featured the world-renowned Jazz at Lincoln Center Orchestra with Wynton Marsalis – whose members served as mentors for the finalist bands throughout the week – performing repertoire made famous by Duke Ellington.