Over the course of a continually blossoming career, Dr. Iain Moyer has amassed numerous accomplishments and made significant contributions to the world of marching percussion. He has composed, arranged and instructed at the highest levels of the Drum Corps activity – including ten years at The Cadets, contributing to a World Championship in 2011 and a Fred Sanford High Percussion Award in 2013. Iain has additionally worked with the Madison Scouts, Glassmen, Crossmen, and has held directorial positions at the University of North Alabama and Widener University. He earned a bachelors degree in music education at the University of Massachusetts Amherst while performing with the Minuteman Marching Band.

“I’m really excited about my new signature mallets, because I think they offer a fresh approach to the marching percussion idiom,” states Moyer. “The marimba models are based on a multi-tonal concept, and the vibraphone models feature birch handles instead of the traditional choice of rattan.” 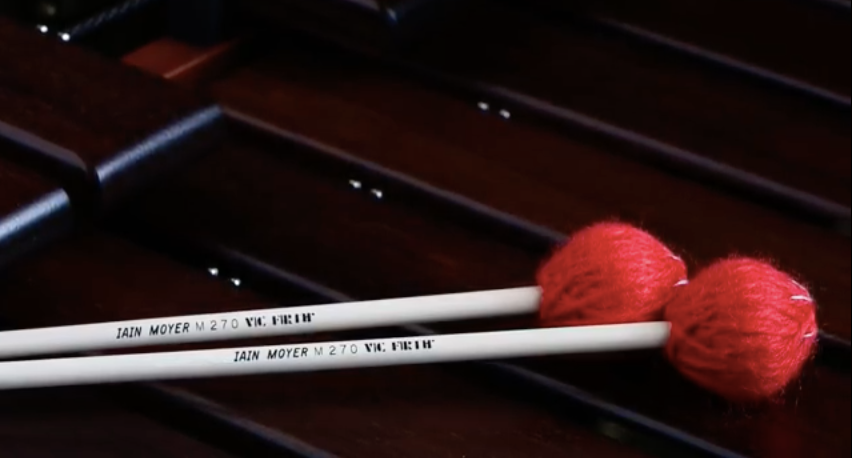 Multi-tonal in construction, the four marimba models respond to the player’s touch on the instrument. Increased velocity offers brighter articulation. Composers and arrangers will find that they can keep the same models in the players’ hands for longer passages – changing articulation through technique and touch, rather than mallet changes.

Listen to each mallet individually!

Birch shafts in the vibraphone models offer increased rigidity – great for fast, two-mallet passages in the upper registers and for turn-on-a-dime dynamic changes from note to note. These birch shaft vibraphone mallets are also great on marimba, offering a unique cord-wrapped articulation.