Mission College Football is two friends from Iowa on a journey to see every (FBS) college football team in the country. As of the 2017 season, they’ve seen 68 teams, another 62 still remain.

As they gear up for travels to see teams during the 2018 season, they’ve spun up a fun Bracket-style Twitter contest to highlight marching bands at those FBS schools.

We had a strong get out the vote from not just across campus, but across the UMass system leveraging strong grassroots connections, but also the UMass Amherst Alumni Association’s MinuteMobilizers social media engagement tool.

Every collegiate band has their own amazing traditions and it’s great to see all the different bands’ fans come together as well to cheer them on.

In an exciting Final Four, UMass won out over Ohio!

In an exciting Round Three — the Elite Eight — UMass finished on top of Texas A&M. There were over 544 retweets and 24k votes (59% going to the UMMB):

In Round Two of voting, the UMMB won out over Notre Dame.

In Round One, the Minuteman Band beat Auburn. 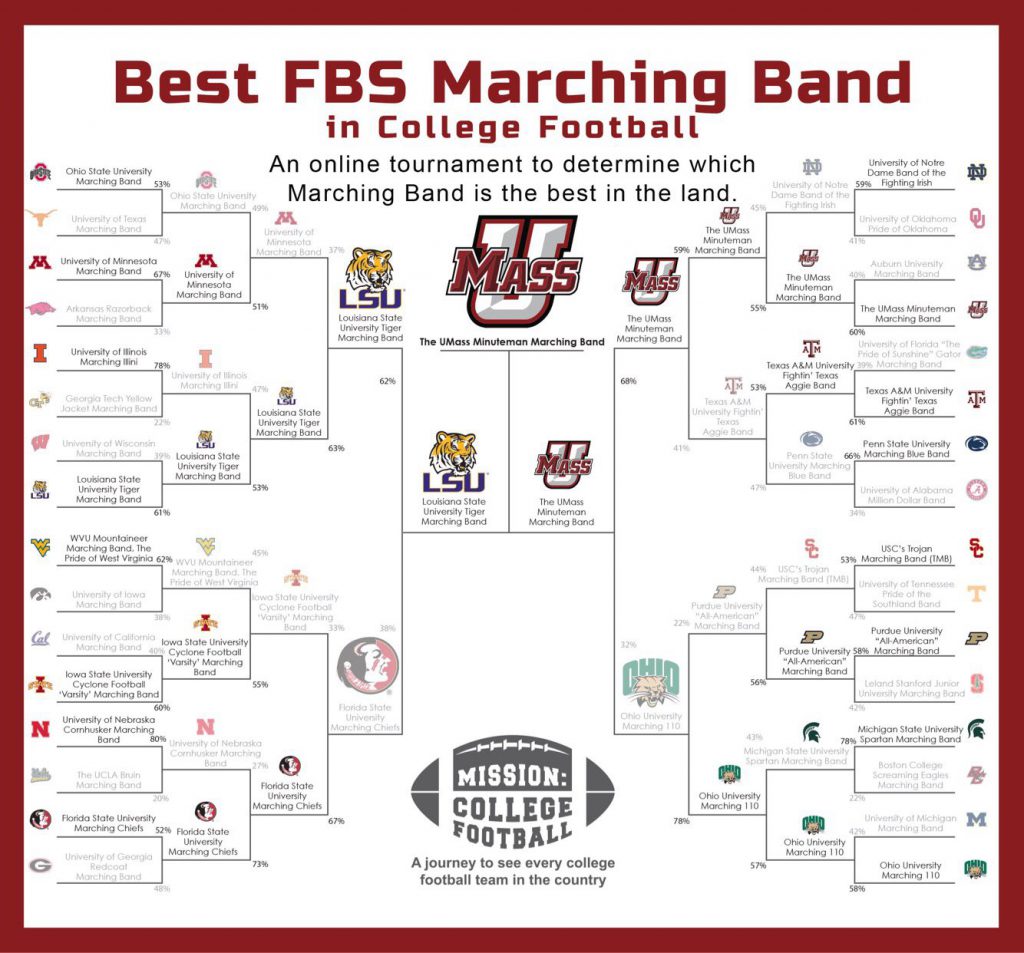