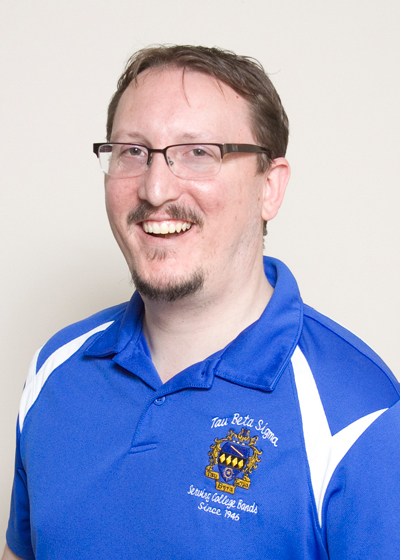 Jonathan Markowski ’01 was elected to serve as the National President of Tau Beta Sigma for the 2017-2019 biennium. The election came during the National Convention for Tau Beta Sigma and Kappa Kappa Psi last month in Orlando. As president Jonathan will oversee the development and fostering of the National Honorary Sorority’s mission to provide exceptional service to collegiate bands.

That week, the National Council of Kappa Kappa Psi initiated Jonathan as an honorary brother in the national band service fraternity.

On a Facebook post that night, Jonathan shared, “It hasn’t sunk in yet. I’m waiting for my alarm clock to wake me up. So much love and thanks for all who have supported me in this endeavor. I am honored and humbled to be elected as the National President of Tau Beta Sigma for the 2017-2019 biennium. It is an honor to be selected to serve!”

Jonathan says of the opportunity “I am very excited to work with the 2017 National Councils of both Tau Beta Sigma and Kappa Kappa Psi, as well as the Boards of Trustees and Alumni Associations. As we move towards the Fraternity Centennial Celebration and then the Sorority’s 75th Anniversary Celebration, the excitement, enthusiasm, and passion we have for our organizations is apparent and inspiring.”

Jonathan Markowski is a Life Member of the Delta Delta Chapter at the University of Massachusetts. Initiated in the fall of 1996, he spent 5 seasons in the color guard of the “Power and Class of New England,” the Minuteman Marching Band, under the direction of George Parks. He served his chapter as Parliamentarian, Alumni/Corresponding Secretary, Ritual Chair, and Chapter Delegate to District and National Conventions. He also served as Vice President of the Northeast District, and was the National Vice President for Communication and Recognition during the 2011-2013 biennium.

Jonathan possesses Bachelor’s degrees in Psychology and Sociology from the University of Massachusetts, as well as a post-baccalaureate degree in Education and a Master’s Degree in Management from Bridgewater State University. He is also an Honorary Member of the Eta Gamma Chapter at Boston University and a charter member of the Tau Beta Sigma Alumni Association.

In addition to playing oboe in his local community band, Jonathan continues to serve band programs as a color guard instructor and clinician. He has worked with the Boston University Marching Band, the Abington High School Marching Band, and runs clinics with color guards in New Mexico, Connecticut, Pennsylvania and Massachusetts.