Jon Swengler ’10 joined the USBands family back in 2010 and is excited to be stepping into his new role as Director. “USBands is my home and I am thrilled to celebrate USBands as we move into this exciting new chapter. I marched in USSBA when I was in high school and always believed in this organization’s mission and vision for the youth.”

Swengler also served as a Drum Major in the UMass Amherst Minutemen Marching Band while earning his degree in psychology. Swengler has also served on the staff of the George N. Parks Drum Major Academy, with 20 years in the music activity and believes very strongly in the impact music has on the lives of students. 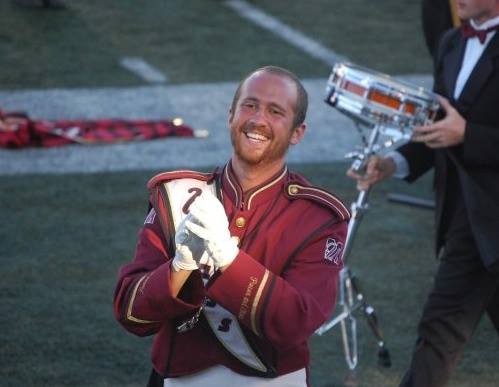 Jon Swengler as drum major of the Minuteman Marching Band

USBands celebrates 30 years this year and Team USBands is concentrating on the next 30 years. “We know change does not happen overnight, so we are not only focusing on creating the best events and experiences for this year, but also developing plans and programs that will elevate the USBands experience for years to come. Our focus will always be on four main areas: safety for all, stability of events and procedures, adjudication, and communication,” stated Swengler. “The Team is energized and excited to promote USBands as a home where it doesn’t matter if you are the largest band in the land with amazing funding and support, or a small band getting started and holding your tuba together with duct tape. Every student deserves the opportunity for excellence. That is the USBands that I know and love and I look forward to expanding on that vision with all who believe in it.”