Corps members representing the age-out class of 2012 were recognized on the field following the World Championship Semifinals on Friday, Aug. 10 in Indianapolis.

There within the confines of Lucas Oil Stadium, these graduating corps members had the opportunity to join together one last time, celebrating their accomplishments not as rival corps members, but as one drum corps community.

These 13 members of the Minuteman Band represent UMass amongst DCI age-outs: 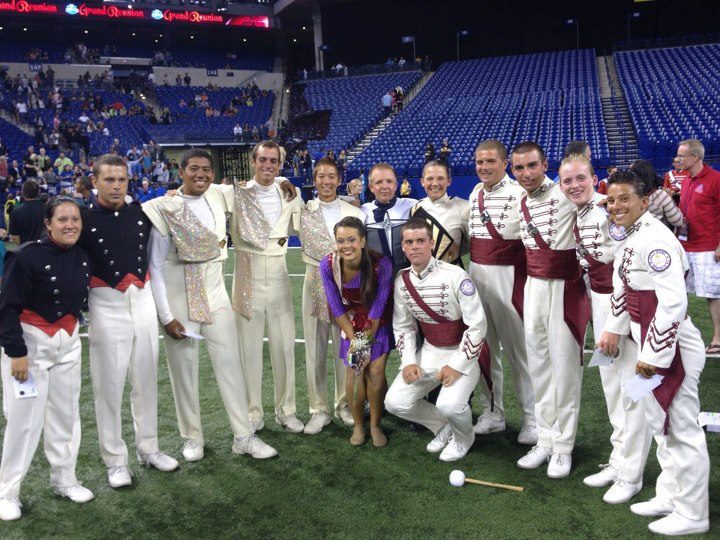 Minuteman Band gets a cameo in “NCAA Football 13” for Xbox