Looking Back: When UMass Showed Up at the CMBF without Drums 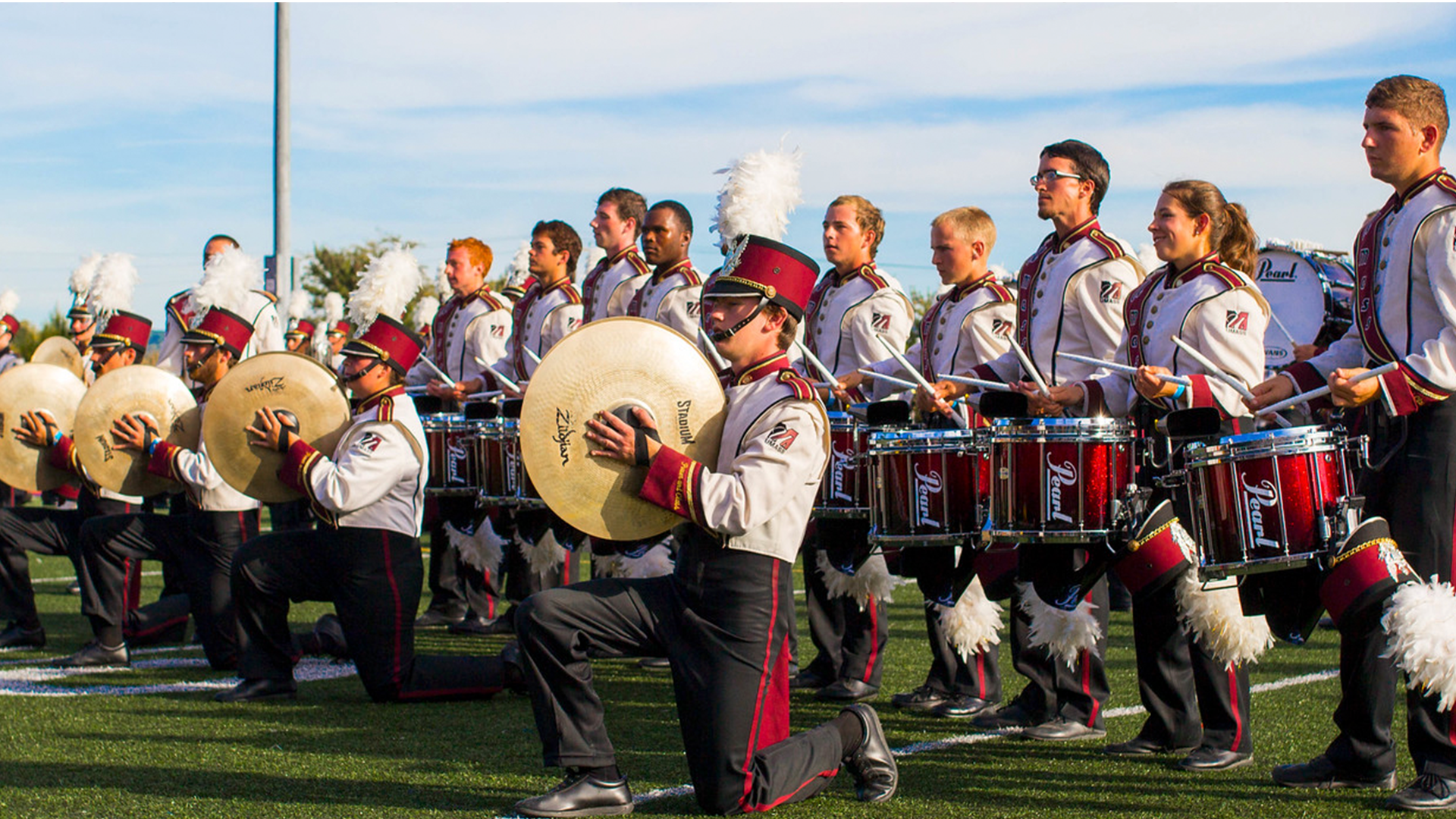 Article originally appeared on FloMarching.com. Wesley Sullivan is the Senior Right and Acquisition Manager here at FloMarching. He has been a member of Drum Corps International’s The Cadets, Spartans, and the University of Massachusetts Marching Band. Below is his story of performing in the 2002 Collegiate Marching Band Festival:

As the drum bus pulled up next to J. Birney Crum Stadium, I felt the odd twist of nerves in my stomach. I had five years of what was then Division II DCI experience under my belt, including two World Championships, but I had never performed in such a historic venue. The nine of us in the snare line had spent the entire bus ride working on the drum feature, and we started our normal pre-show approach: we joked around.

I was always in awe of the vets in the line at that point. They were so relaxed, so self-assured. Then again, the experience most of the line brought to the table was outrageous. Four members were just off a summer winning a Fred Sanford the past summer. One marched Boston ’00 and ’01. One marched Glassmen ’02. (If you’re reading this, and not familiar with the Glassmen snare lines of ’01 and ’02, go to YouTube right now.) One marched Crossmen ’99. I learned more that fall than at almost any other point in my snare drumming career. I had not yet learned the completely relaxed approach to pre-show. That would come later.

We finished a rep. Our percussion instructor, Thom Hannum. stepped onto the bus and uttered a line that continues to live on in UMass lore:

All of us thought it was a joke. No drums for warmups or the show? What would we do? Luckily, we had all been practicing on the bus trip, and we had our practice pads with us. We filed out of the drum bus in half uniforms with our Real Feels. We found a long area of curb and proceeded through our normal warmup routine.

I’ve never seen a more disappointed lot crowd in my entire life. UMass, routinely one of the lines people attend the Collegiate Marching Band Festival to watch, was going to warm up on pads? Some people walked away. You couldn’t hear anything.

I don’t remember whose drums we borrowed. It was from at least two other groups. We had eight snares that were from one line, and one guy got stuck with a drum from a different group. We had six or seven basses (I forget) so we certainly had to use drums from at least two different schools there too. Looking back, I have absolutely no idea how the pit somehow managed to cobble anything together, let alone the electronics they used that day.

I asked some members of the line that year what they remembered. The general consensus from the tenor line was, “We broke literally all the heads.” At least three people remember our bottom bass, who had monster power and quality of sound and destroyed both of his heads as well.

At the time, it seemed chaotic and stressful. But as we look back on it 15 years later, I remember it with a smile and a chuckle. You see, that’s the beauty of the Collegiate Marching Band Showcase. It’s not a stressful competition for which you need to be nervous beforehand. It’s a fun day when you can watch a lot of great college bands, and anyone will do anything to help out a group when they find out that “the truck will not be here.”

See the 2002 UMass drum feature in all its glory below, and tune in to see if their truck does in fact make it to Allentown, PA, this year on October 1.

Video from that 2002 Allentown Show, with the borrowed drums

Video of the 2002 cadence, with UMass’ drums